Men in Florida may be more likely to be attacked by an alligator, study shows • Earth.com 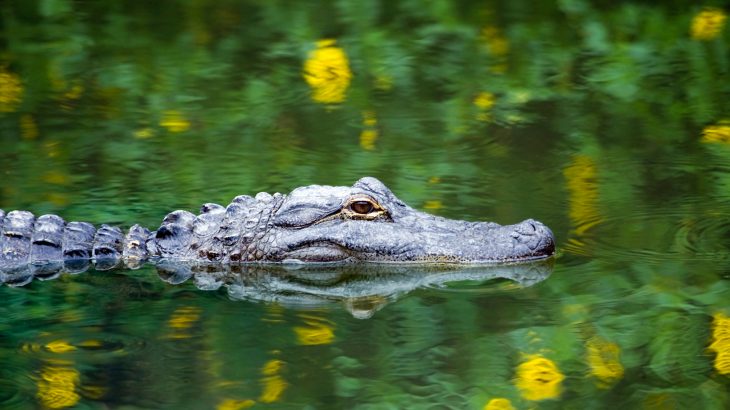 Men in Florida may be more likely to be attacked by an alligator, study shows

A new study has found that when it comes to alligator attacks since the 1970s, Florida’s official state reptile has shown a preference for local men.

While the American alligator was listed as endangered in 1967, the species made a dramatic recovery through the 1970s and 80s and was removed from the endangered species list in 1987.

In correlation with this population recovery in Florida, the number of human-American alligator conflicts increased.

Researchers from the Florida Fish and Wildlife Conservation Commission reviewed records of past alligator bites from 1971 through 2014 to identify any trends and patterns in where and how these attacks occur, as well as who is most at risk.

372 bites were included in the study and classified as either unprovoked or unintentionally provoked.

Three-quarters of the bites involved male alligators that were looking for food, and only one instance involved a female alligator defending her nest.

Out of the 372 bite incidents, 247 resulted in significant injuries, and 81.4 percent of the victims were male.

Feeding the alligators before an attack was linked to 34.7 of the bite reports.

The best thing is to be aware of where alligators may be lurking and stay away from waterways, especially deeper areas where escape may be difficult and serious or fatal injury more likely.

A study, detailing the analysis of bite incidents in Florida, was published in the Journal of Wildlife Management.

“The risk of alligator bites can be reduced by educating people likely to interact with alligators and by selectively removing problem alligators in human residential areas and water bodies used regularly by people for swimming, wading, and shoreline,” the researchers wrote.