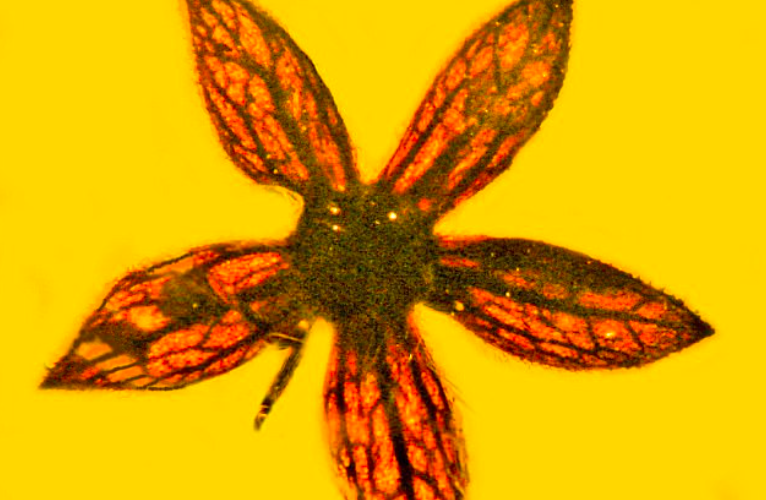 The Cretaceous period, the one with all the dinosaurs, was a long geological era that started 145 million years ago and lasted 77 million years. During this time, life thrived with huge winged animals, dinosaurs, diverse plant life, along with the beginnings of flowering plants, peak sea levels, and a very different grouping of the continents than what we see today. It is also a period that ended, famously, with the mass extinction event that destroyed the dinosaurs. But recently, a team of researchers from Oregon State University working in Myanmar discovered 100 million year-old flowers from the Cretaceous period in perfectly preserved in fossilized amber. This discovery is said to be the largest collection from this era to be studied in one analysis.

The flowers are a new species of petal-less flowers and are so perfectly preserved in the ancient amber samples that they look like they could have been picked yesterday.

“The amber preserved the floral parts so well that they look like they were just picked from the garden,” said George Poinar Jr, a professor at Oregon State University’s College of Science.

The seven flowers in all measure around 4 millimeters wide and are predicted to have fallen from the branches of an araucaria tree and into a resin, which hardened and fossilized to preserved the flowers.

The species have been named Tropidogyne pentaptera from the greek for five (penta) and wing (pteron). They are close to another species discovered from the Cretaceous period in similar fashion, Tropodogyne Pikei, but these seven flowers are a wholly different discovery.

“The new species has spreading, veiny sepals, a necar disc, and a ribbed inferior ovary like T. pikei, But it’s different in that its bicarpellate, with two elongated and slender styles, and the ribs of its inferior ovary don’t have darkly pigmented terminal glands like T. Pikei,” said Poinar.

The discovery of the flowers is an exciting one, especially with the proposed image of a dinosaur like T-Rex bumping into the araucaria tree and causing the flowers to land in their amber tomb for hundreds of millions of years. It also helps to better paint the picture of what the Earth was like during the Mesozoic Era.