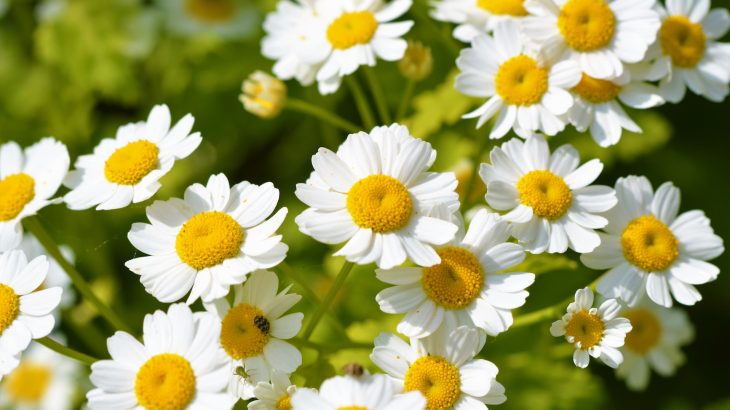 In a groundbreaking new study, researchers at the University of Birmingham have demonstrated that a compound with anti-cancer properties can be produced directly from a common flowering plant in the daisy family known as feverfew.

The team extracted and modified the compound it so that it could be used to kill chronic lymphocytic leukaemia (CLL) cells in the lab.

Feverfew is commonly grown in gardens across the UK. It is also sold in many health food stores as a treatment for pain and migraine headaches.

Several years ago, the compound parthenolide was identified by scientists as having anti-cancer properties. Even though it is available commercially, parthenolide is extremely expensive with poor drug-like properties.

“This research is important not only because we have shown a way of producing parthenolide that could make it much more accessible to researchers, but also because we’ve been able to improve its ‘drug-like’ properties to kill cancer cells. It’s a clear demonstration that parthenolide has the potential to progress from the flowerbed into the clinic,” explained Professor John Fossey.

The experts developed a method to source parthenolide directly from the plants, and also identified a modification technique which allowed them to produce a number of compounds that successfully killed cancer cells during lab experiments.

According to the researchers, the parthenolide compound appears to work by increasing the levels of reactive oxygen species (ROS) in cells. These unstable molecules are already abundant in cancer cells, and the objective is to push ROS levels to a deadly point using parthenolide.

The study was initiated by Dr. Angelo Agathanggelou of the Institute of Cancer and Genomic Studies. He is investigating new ways to treat a type of cancer which typically affects older people called chronic lymphocytic leukaemia (CLL).

“There are several effective treatments for CLL, but after a time the disease in some patients becomes resistant. We were interested in finding out more about the potential of parthenolide,” said Dr. Agathanggelou. “With expertise from colleagues in the School of Chemistry we’ve been able to demonstrate that this compound shows real promise and could provide alternative treatment options for CLL patients.”

The study is published in the journal MedChemComm.