Flowering plants have a memory of changes in their environment • Earth.com 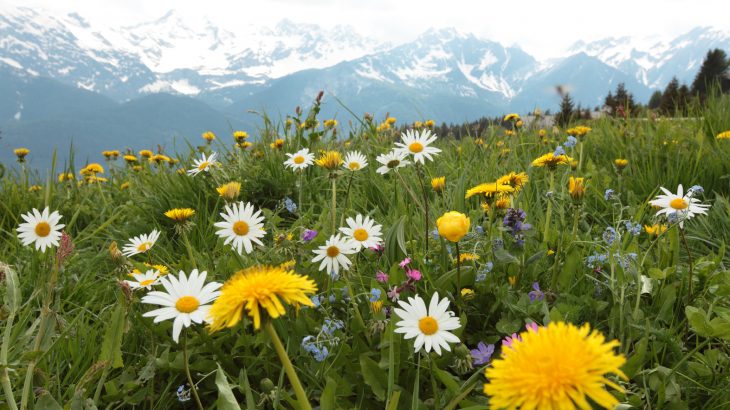 Flowering plants have a memory of changes in their environment

A new study led by the University of Birmingham has revealed that plants not only sense changes in their environment, but they also have a memory of them. The scientists have identified a mechanism that gives plants the ability to coordinate their development in response to stress or extended seasons.

The research could ultimately lead to the development of new plant varieties, including cereals and vegetables, that can adapt to different environmental conditions.

Many plants have a memory of prolonged winter weather, which helps to guarantee that they bloom when spring arrives with warmer temperatures. It was previously established that a group of proteins called the PRC2 work together to tell the plant when it is time for flowering. However, the mechanism underlying the PRC2 switch has not been fully understood.

The current study, which also included experts from the Universities of Oxford, Nottingham, and Utrecht, provides new insight into how PRC2 senses the environment.

The team discovered that a key protein of the PRC2 complex called VRN2 is extremely unstable. When oxygen is plentiful and temperatures are warm, VRN2 continually breaks down. However, when environmental conditions are challenging – such as when a plant is flooded and oxygen is low – VRN2 becomes stable and promotes survival.

The researchers also found that the VRN2 protein accumulates in the cold, allowing the PRC2 complex to trigger flowering once temperatures rise. There was a surprising similarity between plant responses to cold and the low oxygen that they experience during flooding.

“Plants have a remarkable ability to sense and remember changes in their environment, which allows them to control their life cycle,” said study lead author Dr.  Daniel Gibbs. “VRN2 is continually being broken down when it is not needed, but accumulates under the right environmental conditions. In this way, VRN2 directly senses and responds to signals from the environment, and the PRC2 remains inactive until required.”

“It is possible that this mechanism could be targeted to help create plants that are better adapted to different environmental scenarios, which will be important in the face of climate change.”

Professor Michael Holdsworth, who co-led the study, added, “It will now be important to investigate how cold leads to increased VRN2 stability and why this response is similar to plant responses to flooding.”

“This system appears to have evolved specifically in flowering plants. Perhaps it gives them more flexibility in their ability to adapt and respond to environmental change, which is important since they are fixed in the ground and can’t move.”