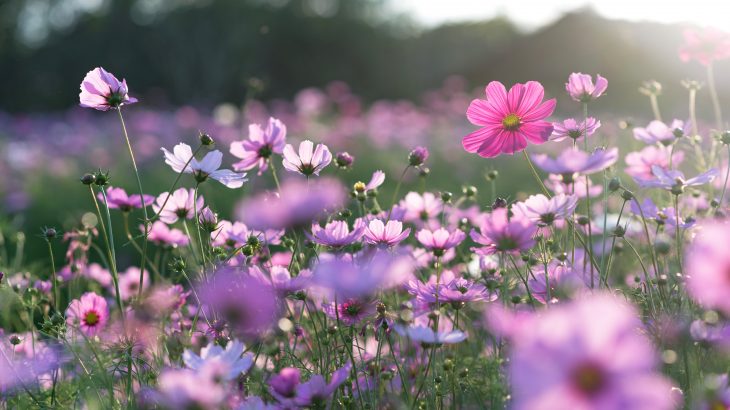 Flowers play a bigger role in spreading parasitic diseases to bees and other pollinators than what was previously realized, according to a new study from Cornell University. The researchers discovered that one in 11 flowers contains parasites associated with bee declines.

Furthermore, one in eight bees examined for the study was found to have at least one parasite.

Study senior author Scott McArt is an assistant professor of Entomology in the College of Agriculture and Life Sciences at Cornell.

“We know very little about transmission of these diseases,” said Professor McArt. “Our study shows that transmission can likely occur on a lot of different flowers, and the amount of disease in a community is shaped by both the floral community and the bee community.”

The research was focused on 2,624 flowers from 89 species and 2,672 bees from 110 species through an entire growing season across field sites in upstate New York. Using molecular data for testing, the team identified five common parasites.

The number of total flowers increases as the season progresses, and the proportion of flowers with parasites decreases. This lowers the risk that a bee will encounter a flower that hosts a parasite.

“That has really important conservation implications, because if you want to limit disease spread, just plant a lot of flowers,” said Professor McArt. “It’s a win-win: If we plant flowers and create a lot of forage, we can also dilute disease.”

The study showed that social bees, such as honeybees and bumblebees, were more likely to be infected with parasites than solitary bees. The researchers observed that later in the season, overall bee diversity drops but the number of social bees grows. Typically, higher species diversity slows the spread of disease.

“Both bee diversity and fewer of the social bees make it less likely for bees (overall) to be infected. That’s another win for conservation: if we promote bee diversity, there will be less disease,” explained Professor McArt. He noted that high numbers of infections in the social species may also spill over to infect other species.

Going forward, the team will investigate the potential for increased flower abundance to offset the negative effects of more social bees combined with less species diversity in late summer.

Further research may also explain why social bees are more susceptible to parasites.