Focus on the positive to make sound decisions during turbulent times • Earth.com 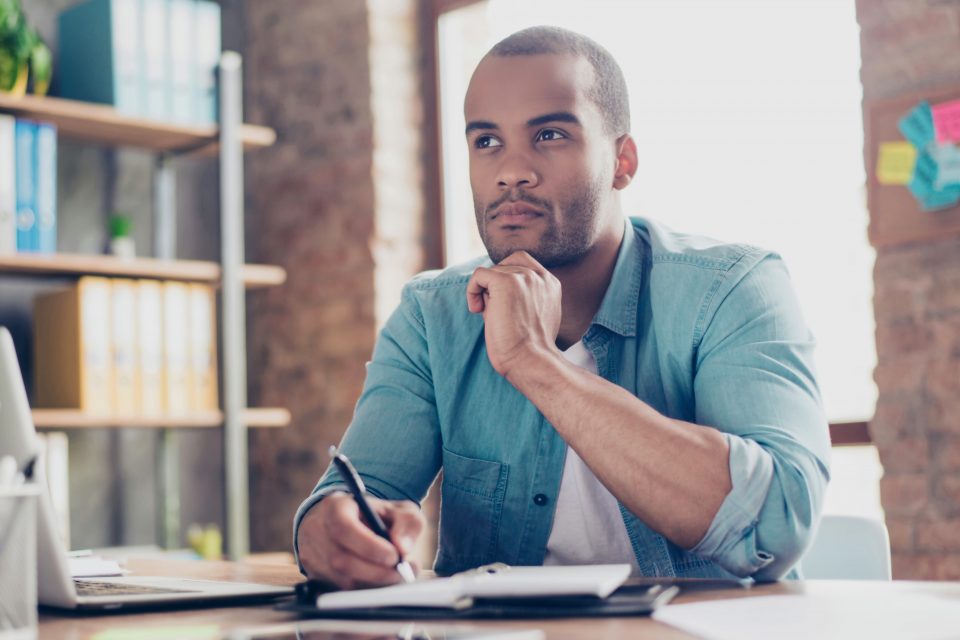 Focus on the positive to make sound decisions during turbulent times

In the midst of chaos, it becomes more difficult for people with clinical anxiety and depression to make sound decisions. But these patients can dramatically improve their judgement by focusing on previous successes, according to a new study from UC Berkeley.

The findings are particularly relevant during the ongoing COVID-19 pandemic, when important decisions must be made on a daily basis to avoid illness.

The researchers examined the probabilistic decision-making skills of more than 300 adults. Some of the participants had been diagnosed with major depressive disorder and generalized anxiety disorder. In probabilistic decision making, people tend to subconsciously rely on the positive or negative results of their previous actions.

Participants with overlapping symptoms of both anxiety and depression – such as obsessive worrying or a lack of motivation – were found to have the most trouble executing a computerized task that simulated a rapidly changing environment.

By contrast, individuals without significant symptoms of anxiety and depression learned more quickly to adjust to volatile conditions based on the actions they had previously taken.

“When everything keeps changing rapidly, and you get a bad outcome from a decision you make, you might fixate on what you did wrong, which is often the case with clinically anxious or depressed people,” explained study senior author Professor Sonia Bishop. “Conversely, emotionally resilient people tend to focus on what gave them a good outcome, and in many real-world situations that might be key to learning to make good decisions.”

However, this does not mean that people with clinical anxiety and depression are doomed to a life of bad decisions, said Professor Bishop. For example, individualized treatments, such as cognitive behavior therapy, could improve both decision-making skills and confidence by focusing on past successes, instead of failures, she noted.

The research expands on Professor Bishop’s 2015 study, which found that people with high levels of anxiety made more mistakes when making decisions in both stable and rapidly changing environments. For the current study, the team looked at whether people with depression would also struggle with their judgement in volatile environments.

“We wanted to see if this weakness was unique to people with anxiety, or if it also presented in people with depression, which often goes hand in hand with anxiety,” said Professor Bishop. “We also sought to find out if the problem was a general one or specific to learning about potential reward or potential threat.”

A series of experiments revealed that having symptoms common to both anxiety and depression predicted who would struggle most with making sound decisions in the face of changing circumstances.

“We found that people who are emotionally resilient are good at latching on to the best course of action when the world is changing fast,” said Professor Bishop. “People with anxiety and depression, on the other hand, are less able to adapt to these changes. Our results suggest they might benefit from cognitive therapies that redirect their attention to positive, rather than negative, outcomes.”