What determines our food preferences and decisions? • Earth.com 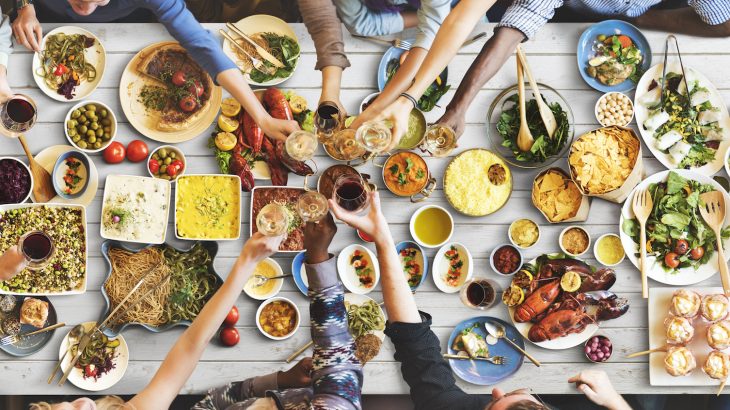 What determines our food preferences and decisions?

The holidays are coming up, and it’s more likely than not that you’ll soon be standing over a table full of food, brain firing with anticipation and building the perfect plate in your mind before you dig in. In these situations, we have to make quick decisions about which dishes to try and how much of each to take. While you may think these decisions are made mainly by your stomach, neuroscientists at Johns Hopkins University have now found the region of your brain that is strongly linked to food preference decisions.

The research team wanted to find out how the brain determines what to eat and how much of it to eat when an individual has several good food options. Even if there are similar foods available that we desire somewhat equally, the favorite dish will likely be eaten faster and with bigger bites.

In their study, the scientists gave rats two similar sugary drinks. The rats preferred the drink made with sucrose over the one made with maltodextrin – so that when they receive sucrose, they’d lick it up faster. Over the course of multiple days, the rats were given either one drink or the other while the researchers mapped their brain activity at the exact moment the animals realized which drink they received. Thus, the neuroscientists could pinpoint the neurons that registered excitement for sucrose, and the disappointment for maltodextrin.

“We found a region in the brain that reflects our perception of food in a strikingly dominant way,” says lead author David Ottenheimer, a Johns Hopkins University graduate student studying neuroscience. “The level of brain activity we saw exceeded our expectations by far.” The neurons that were activated are in a region called the ventral pallidum, an area that has long been associated with reward and pleasure perception – but always considered to be in more of a secondary role.

The researchers then presented the rats with a different set of options – either the maltodextrin drink or plain water. They found that when the rats got maltodextrin, these neurons fired like they had for sucrose. These results indicate that the brain area is making context-dependent decisions, responding to the best food option at any given time.

“Because the signaling by ventral pallidum neurons changes immediately when the rat changes his ranking of which flavor is his favorite, we see this response as providing a real-time readout of what you like best from currently available options,” says senior author Patricia Janak, a Bloomberg Distinguished Professor of Psychological and Brain Sciences and Neuroscience.

Although more research is needed to figure out what the signaling in this region of the brain really means, the team believes their study could be key to developing therapies and treatments that encourage healthy eating. “Our data suggest that further investigation of ventral pallidum will be critical for understanding how we make decisions about eating,” says Ottenheimer. “If we want to figure out why a food can be exciting in one scenario and disappointing in another, ventral pallidum could be the key.”