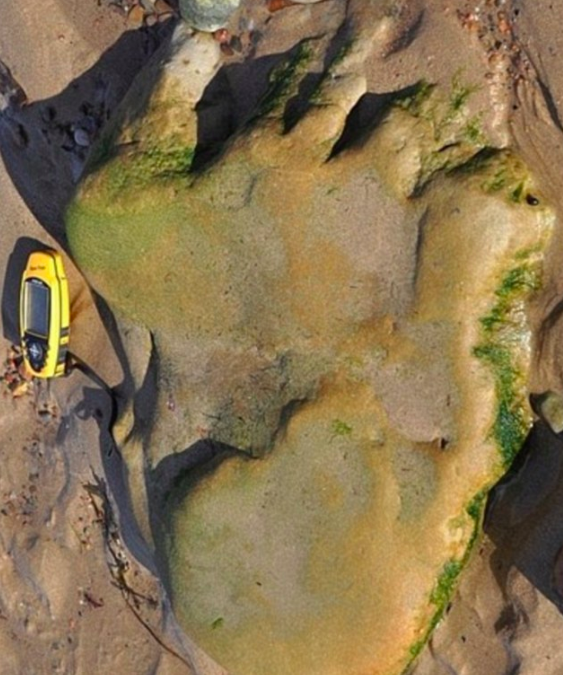 The discovery of fossilized dinosaur prints on the coast of Scotland near Inverness provides the first evidence that dinosaurs lived on the Scottish mainland.

Previously, the only Jurassic evidence of dinosaurs in Scotland was found on the Isle of Skye, nicknamed Jurassic Isle because of the wealth of dinosaur footprints found in the area.

The discovery of 50 footprints on the Scottish island this year are thought to be the oldest dinosaur fossils ever found in Scotland, dating back 170 million years. The prints come from theropods and massive sauropods.

However, a recent discovery by Neil Clark, the vice president of the Geological Society of Glasgow, shows that sauropods also walked on the mainland of Scotland.

Sauropods measured 60 feet tall and 80 feet long and their massive tales was one of their best defenses. According to the Daily Mail, the herbivores could create a sonic boom with just one crack of their tale.

Clark had long felt that there must be more evidence of dinosaurs in Scotland besides just on the Isle of Skye and during a conference at Inverness, Clark came upon just the evidence he was looking for.

A massive footprint, perfectly preserved along the shoreline of Northeast Scotland and dating back 170 million years ago was discovered by Clark in March. The print most likely belongs to a member of the sauropod family.

“I was excited – I knew the significance of the find straight away,” Clark told the Daily Mail. “They are from a completely new part of Scotland for dinosaurs and will add significantly to our understanding of dinosaurs of that age in Britain.”

Clark is working to raise funds to help further explore dinosaur footprints around Inverness and other parts of Scotland using drones that can record the location of dinosaur prints and measure how the prints weather the impacts of erosion.