Forest recovery is lacking in the most deforested areas of the Amazon • Earth.com 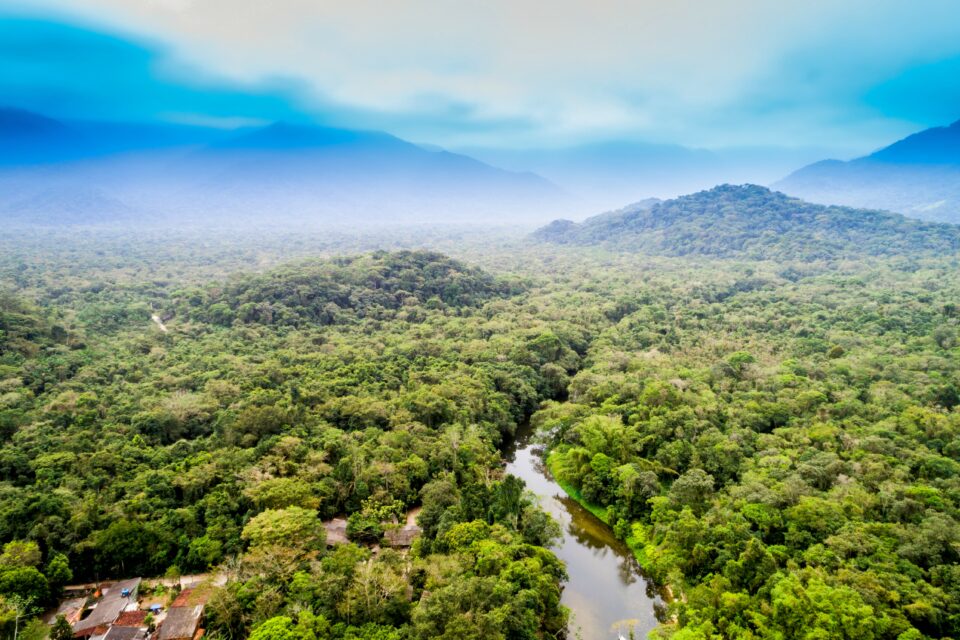 A new study from Bangor University has revealed that many regions of the Amazon that have experienced the most deforestation are the same areas that currently exhibit the lowest levels of forest recovery.

A major focus of the UN Climate Change COP26 Conference in November was the importance of forest restoration in the Amazon as a nature-based solution to climate change.

Forest recovery is a process in which trees return to land that has been previously deforested and then abandoned. The new forest growth can rapidly absorb large quantities of CO­2 from the atmosphere.

Reducing greenhouse gas concentrations in the atmosphere is a central focus of global climate change policies, and a key target for achieving “net zero” emissions.

In the new study, however, an international team of researchers has found that the regions with the greatest potential for large-scale forest restoration have barely recovered, if at all.

The highly deforested Amazon landscapes include some areas that show no sign of recovery – even 20 years after they were cleared.

Overall, the team found that less than 10 percent of carbon emissions from deforestation in the Amazon has been offset by new forest growth.

The extent of this carbon offsetting varies widely across the nine countries of Amazonia. For example, Brazil has experienced the majority of deforestation and the related CO2 emissions. At the same time, Brazil is falling behind on forest recovery, with only nine percent of its CO2 emissions from deforestation being offset.

On the other hand, in Guyana, where the recovering forests are older, nearly a quarter of deforestation emissions have been offset.

“Research in the Amazon typically focuses on Brazil because it holds most of the forest,” said study lead author Charlotte Smith, a PhD researcher at Lancaster University.

“But there are eight other Amazonian countries. Understanding how forest recovery differs between countries can help us understand which countries’ policies are helping to maintain the forest carbon sink, and which ones aren’t.”

Smith noted that data from satellites is crucial for monitoring deforestation across areas as large as Amazonia and is the basis for monitoring the success of countries in achieving their targets for reducing greenhouse gas emissions.

“The results of the study highlight three key challenges for the future of Amazon forests, the need to: (1) incentivise large-scale forest restoration in highly deforested regions, (2) protect new forests without disadvantaging the small landowners who depend on the cleared land for farming, and (3) prevent further deforestation,” said study co-author Professor John Healey.

“Meeting all these challenges successfully is essential to ensure that the Amazon achieves its potential in mitigating climate change.”