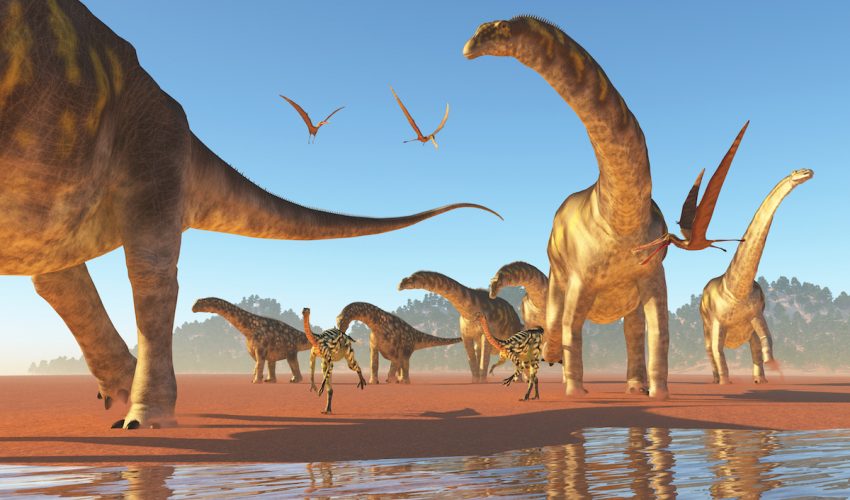 To scientists, poop can be an exciting discovery. At least, it’s pretty interesting if it’s 180 million-year-old dinosaur poop fossils from a newly discovered dinosaur species and it contains the creature’s undigested final meal.

The skeletal remains of the Early Jurassic Period herbivore, now known as Isaberrysaura mollensis, was discovered in Argentina and written up in the journal Scientific Reports.

What was most intriguing about the meal discovery was that the dinosaur’s diet consisted of gulped – not chewed – seeds that were intact in the fossilized excrement, though permineralized. This means that they’d been turned to minerals over time.

The findings added volumes to what we know about dinosaur diets.

“As in modern ecosystems, there were complex ecological relations between plants and plant-eating organisms,” the authors wrote. “However, there is little evidence of the type and the parts of plants on which different phytophagous dinosaurs fed.”

The fossilized food remains were found in the skeleton’s “ghost gut” and came from cycad seed plants and other seed species. The term ghost gut implies that the stomach was no longer around, but the seeds were found where it would be.

The lack of chewing, or mastication, isn’t rare among certain animals even today. Elephants, for instance, eat the same types of seeds in the same hurried manner.

The findings also had interesting ramifications on earth’s ecosystem in pre-human times. The loaded excrement of the non-chewing herbivores might have played an unwitting but important role in the planting of the era’s fruit trees.