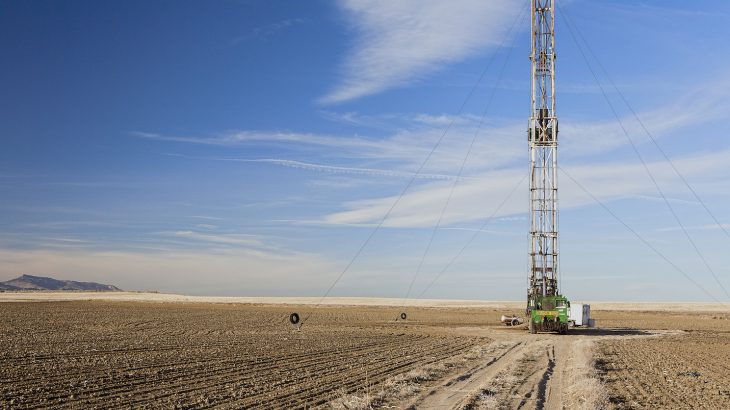 President Trump has been steadily forging ahead with his mission to put fossil fuels, industry, and domestic energy production first.

Wyoming is at the heart of a new fracking boom as more and more oil and gas companies seek permits to drill on leased land up for grabs in what the New York Times calls a “federal lands free-for-all.”

Over 12.8 million acres of federally controlled parcels of land across the West have been offered up for lease, and the number of acres leased by energy companies has reached record highs since 2012.

According to the New York Times, the number of drilling rigs in Wyoming has doubled since 2016, a trend that shows no signs of stopping.

Acquiring drilling rights to federal land has never been easier due to a concerted effort by the Trump administration and lobbyists to reverse policies implemented by the Obama Administration that stringently governed how federal lands were used.

According to the New York Times, Trump’s administration is working to rollback protections for wildlife, air quality, and groundwater.

Now, big energy companies like Chevron have applied for thousands of permits to drill on federal land and while the economic gains are considerable, so are the potential threats to the environment.

Some of the policy rollbacks include how often federal land is up for bid, how quickly a permit can be approved, and limiting how long the public has to protest a sale.

Previously, protests could be filed up to ten days before a lease was issued, and now that number has increased to month.

The Bureaus of Land Management also faces constraints due to the policy rollbacks and federal leases must be approved by six months.

To expedite the lease and permit process, the Trump administration has also advised in a memo that environmental assessments are no longer necessary and can be bypassed using a set of loopholes called categorical exclusions.

Perhaps most worrying are the rollbacks that lift restrictions for wildlife habitats and deregulate methane flaring.

Wyoming is home to a large population of sage grouses and despite extreme conservation measures, male sage grouse populations have experienced declines of up to 30 percent due to increases in energy production.

“The president, love him or hate him, he’s doing what he said he would do in Washington,” Samantha McDonald, who until August served as a top lobbyist at the Independent Petroleum Association of America, said during an industry event in Houston. “He’s been actively pursuing a deregulatory agenda that has had millions of dollars of impact.”

Oil production in the U.S. has been growing at an extraordinary rate, and according to the New York Times, states are seeing big returns. Revenue from federal oil and gas sales amounted to $669 million alone for Wyoming.

The industry and administration are celebrating these gains, but environmental concerns continue to grow along with the surge in fracking.

“The American West embodies the American spirit, and that is at risk here,” Jeremy Nichols, the energy program director at WildEarth Guardians, told the New York Times. “The open spaces, clean air, wild rivers — this is all part of the fabric of the American West, and it is being torn apart, acre by acre, by this unfettered oil and gas leasing.”

Protests to save sage grouse habitats and conserve land have been largely ignored.

Still, bidding continues, and the impacts of the new administration’s “energy first” policies can be visibly felt across the vast landscapes of Wyoming and the West.