Frightful lizard of 74 million years ago was great in bed • Earth.com 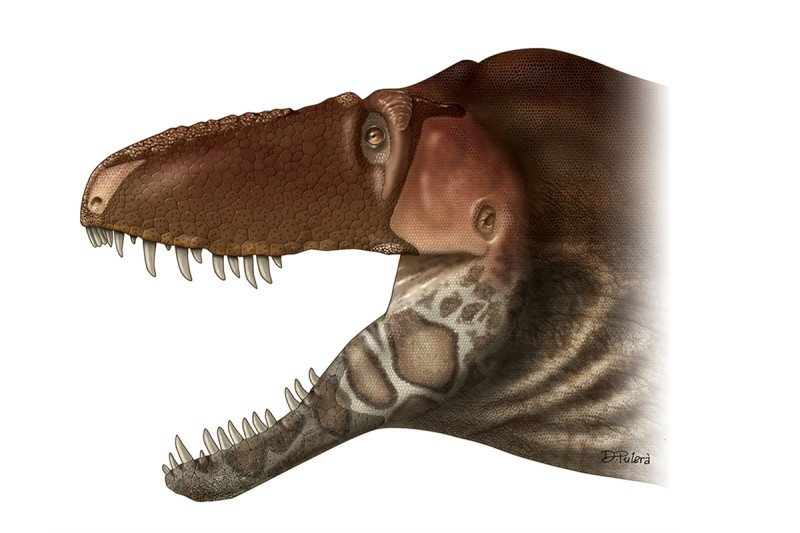 Frightful lizard of 74 million years ago was great in bed

A frightful lizard doesn’t sound like much of a pet, so it’s good to know that this long piece of menace from the Tyrannosaurus family – the Daspletosaurus horneri – last slithered through present-day Montana some 74 million years ago. Daspletosaurus horneri is Latin for a critter more colorfully known as “Horner’s Frightful Lizard,” and it was the last of the big reptiles in the American West. (We’re not making this stuff up.)

Researchers led by the biology department at Carthage College in Wisconsin studied fossils of the beast before naming it. They found that it had evolved through anagenesis, an unusual and rather uncommon evolutionary track. Anagenesis involves the morphing of one species into another over evolutionary time. This is in contrast to cladogenesis, the more common form of species evolutionary development. Through cladogenesis, a species undergoes evolutionary divergence, in which it splits into two or more descendants over a period of perhaps millions of years.

Although the fossils studied by the research team had already been found and preserved, Daspletosaurus had previously been seen as just a transitional phase of development between Daspletosaurus torosus and Tyrannosaurus rex, and hadn’t even been named in its own right.

Now for the good stuff: this beast of a Tyro lizard measured nearly 30 feet in length, it had tiny horns and a sensitive snout that looked like that of a crocodile. By sensitive, what’s meant is that the critter had a sensitive nerve in the nose that it used for interacting with its environment and for, um, dating purposes.

As the researchers wrote, “In courtship, tyrannosaurids might have rubbed their sensitive faces together as a vital part of pre-copulatory play.”

Which is something you might not want to spend a lot of time thinking about.

The paper was published in Scientific Reports.