Tracking the global distribution of a frog-killing fungus • Earth.com 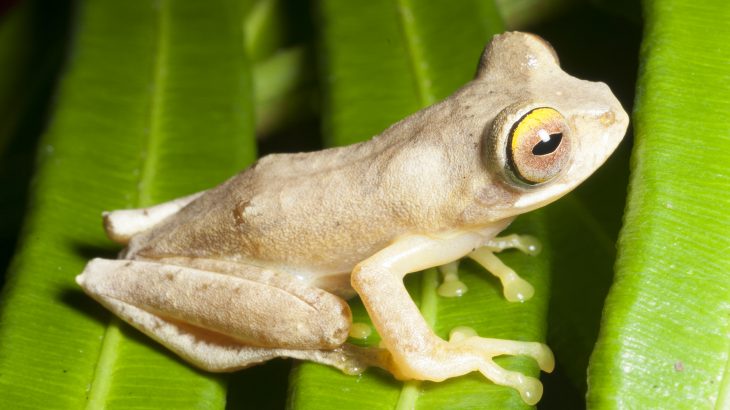 Tracking the global distribution of a frog-killing fungus

Researchers from the University of California, Berkeley have mapped the distribution and spread of a deadly fungal disease that is rapidly wiping out amphibians.

Chytrid is the name given to nearly 1,000 species of fungi, and some variants are more harmful than others. The variety Batrachochytrium dendrobatidis, which was first discovered in the 1990s, is deadly to frogs and has been linked to amphibian extinctions on a global scale.

One study, published in the journal Science, found that Batrachochytrium dendrobatidis had caused declines in nearly 501 species of amphibians over the years.

“Amphibians are already one of the most imperiled groups on the planet, and this fungal disease is further threatening their biodiversity,” said Erica Bree Rosenblum, an associate professor at the University of California, Berkeley.

Rosenblum, along with an international team of researchers, analyzed swabs taken from the skin of hundreds of frogs to help track the disease and map the geography of the different genetic lineages of the fungus.

Knowing which variants that a frog is most susceptible to based on its geographic range could help prevent the spread of disease and reduce frog declines.

“An invisible aspect of globalization is that when we move plants and animals around, we are moving their diseases around, and that can have really devastating consequences,” said Rosenblum. “If we know what lineages are where, we can better predict conservation outcomes, because some of these lineages are really deadly, and others less so.”

Tracing the genetic lineage of Batrachochytrium dendrobatidis is incredibly challenging because so much about the variety remains a mystery.

For this study, the researchers found a way to determine which variant of fungus a frog was infected with using just a skin swab. This shortcut was helpful because it saved the researchers from having to sequence the entire, lengthy genome.

“Now, from these skin swabs, we can figure out not just that this frog is infected, but specifically what lineage of the disease it carries,” said Rosenblum. “Is it the same lineage that infects the frog living next door, or in another country, or across the world?”

The researchers were able to map the distribution of four known lineages of the disease, and the analysis also revealed a new lineage that likely originated in Asia.

Even though chytrid is widespread, the study shows that policies limiting the trade and transport of frogs across international borders could help reduce the risk of deadly pathogens spreading to other regions.

The study findings were published in the journal Proceedings of the National Academy of Sciences.