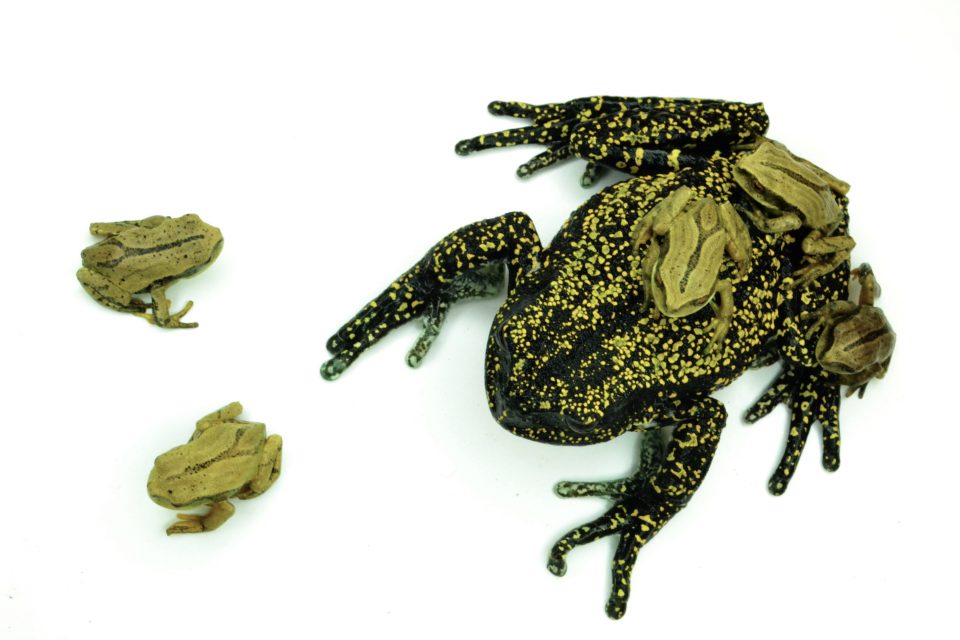 Researchers from The Australian National University have found that a serious fungal disease is responsible for the population drop of over 500 amphibian species, including 90 amphibian extinctions within the last five decades. The study is published in Science.

Called chytridiomycosis, the fungal infection eats away at amphibians’ skin. It’s posited to be responsible for the largest loss of biodiversity due to a disease and has been found in over 60 countries. Amphibians located in Australia, Central America and South America have suffered the brunt of the infection.

“The disease is caused by chytrid fungus, which likely originated in Asia where local amphibians appear to have resistance to the disease,” said lead researcher Dr. Ben Scheele from the ANU Fenner School of Environment and Society. “[Chytridiomycosis] has caused mass amphibian extinctions worldwide. We’ve lost some really amazing species.”

In Australia, more than 40 frog species have declined during the last 30 years due to chytridiomycosis. Seven of those species have gone extinct, Dr. Scheele notes.

“Globalisation and wildlife trade are the main causes of this global pandemic and are enabling the spread of disease to continue,” he said. “Humans are moving plants and animals around the world at an increasingly rapid rate, introducing pathogens into new areas.”

And because chytridiomycosis is so hard to remove from an area, mostly because some species can live with it and therefore carry it, once it affects a single population, it’s only a matter of time before another amphibian species catches it.

Improved biosecurity and wildlife trade regulation are a must in order to thwart the disease from spreading further, and to prevent other diseases from taking hold. “We’ve got to do everything possible to stop future pandemics, by having better control over wildlife trade around the world,” Dr. Scheele said.

Furthermore, knowing what species are at risk for catching the fungal disease can aid future conservation efforts to better protect these amphibians from extinction.