When betting, gamblers mainly feel regret over past wagers • Earth.com 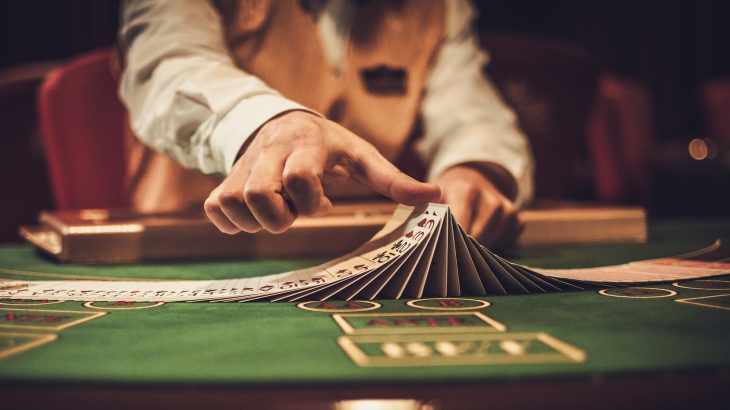 When betting, gamblers mainly feel regret over past wagers

Anyone who has ever gambled knows that it can give you quite the rush, and requires a fair amount of analysis, whether you’re betting on poker, a sporting event, or how many slices of pizza you can eat in one sitting. Analysis of brain activity during betting can give insight into how we make decisions and assess the choices we’ve made.

A new study from the University of California, Berkeley has found that once a gambler places a bet, they immediately begin experiencing regret about past bets – both won and lost.

“Right after making a choice and right before finding out about the outcome, the brain is replaying and revisiting nearly every feature of what happened during the previous decision,” says senior author Ming Hsu, an associate professor in the Haas School of Business and Helen Wills Neuroscience Institute at UC Berkeley. “Instead of ‘I just gambled but maybe I shouldn’t have,’ it is, ‘Last round I gambled and that was a really good choice.’ Or, ‘I played it safe last time but should have gone for it.’”

For their study, published in Current Biology, the researchers focused on the orbitofrontal cortex of the brain, which is involved in reward processing and social interactions. Past research has found that this area of the brain is involved in how people value their choice options, how much regret they feel, how valuable their choice is, and how much risk they are willing to take. These feelings have influence over future choices, and help an individual determine how good or bad an outcome may have been.

The researchers recorded fast human brain activity at a thousand measurements per second to reveal the complex array of activity underlying decisions being made by study participants. They used electrodes to record this activity, and did so while participants were presented with a betting opportunity and deciding whether or not to bet. They also recorded brain activity once the individual placed the bet and then learned the outcome. Their recording allowed the researchers to track the activity moving through the orbitofrontal cortex on a millisecond by millisecond basis.

“It turns out that the most prevalent information encoded in the orbitofrontal cortex was the regret subjects experienced from their previous decision,” says first author Ignacio Saez, a former UC Berkeley postdoctoral fellow, now an assistant professor at UC Davis.

Brain activity showed that gamblers were second-guessing their earlier decision based off whether they won or lost, even before they discovered whether or not they had won their current bet.

“After the subject has made a decision, the brain, far from idly waiting to find out the outcome, was busy revisiting what occurred during the previous decision – everything from whether they gambled and how much was won or lost, to how much regret they felt from their earlier decision,” says Hsu. “From our subjects we get a better picture of the brain and what it is doing during decision-making, but it also gives some ground-truth for the type of signals we might look for in people with dysfunctions in decision-making,” Hsu said. “There is a lot more going on under the hood than is represented in our elegant but overly-simplified models and theories.”

The researchers see an opportunity to better understand both addictive and antisocial behavior, as well as compare regret in normal brains versus injured brains. Future findings may help improvement treatment for individuals with disorders or injuries related to the orbitofrontal cortex.