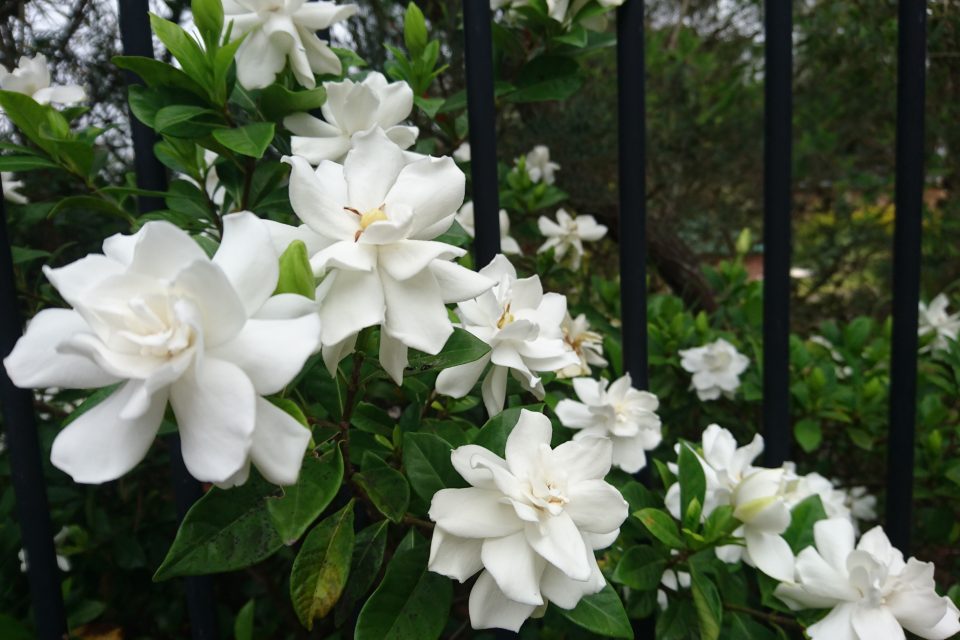 In a new study from the University of Buffalo, scientists have gained new insight into how plants have evolved the remarkable ability to produce chemicals that help them reproduce, defend their territory, and ward off predators.

The research was focused on the first-ever genome sequence of Gardenia jasminoides, an evergreen shrub with white flowers that grows wild in tropical climates.

Gardenia makes a brightly-colored chemical called crocin, which gives gardenia fruit its reddish-orange color. The researchers identified the genes that regulate the production of crocin and used them to create the compound in the lab.

The study represents an important step toward the large-scale production of crocin for its natural medicinal properties.

The research also highlights the power of an evolutionary process called tandem gene duplication, or the accidental copying of DNA.

In a tandem duplication event, a single gene gets replicated by mistake during reproduction. This provides organisms with excess genetic material that can be used for new specialized gene functions.

“The important principle is that plants can reinvent things,” said study co-author Dr. Victor Albert. “They can duplicate some parts of their genetic toolkit and twiddle the functions a little.”

“So let’s say you have a screwdriver, but the head is a super-big one. Imagine you could duplicate that screwdriver, but you could grind the head to make it smaller and useful for little screws, but you also still have the original one with the big head to handle large ones. That’s what these plants are doing.”

The study revealed that tandem duplication led to the evolution of a gene that is needed for crocin synthesis in gardenias. The researchers found that this type of genetic replication also enabled the coffee plant Coffea canephora – a close relative of the gardenia – to develop genes that produce caffeine.

“This is a case where we see the same underlying evolutionary mechanism generating these tandem duplicates to create two different biosynthetic pathways of interest in two plants,” said Dr. Albert. “We have coffee and gardenia, which evolved from a close common ancestor, and in one case tandem duplicates formed and went crazy in coffee to make caffeine. And in the other, they formed and went crazy in gardenia to make crocins.”

“Plants are playing games with multiple evolutions of interesting phytochemicals,” said Dr. Albert. “And, of course, all of these phytochemicals are useful to the plants, maybe in fighting against pathogens or serving as attractants to insects.”

Gardenias have the advantage of fiery-colored fruits that attract animals to eat them. This is beneficial for seed dispersal to extend the gardenia’s range.

“One outstanding question was: How do the genes involved in the biosynthesis of such chemicals appear all at once in these different species?”

“The work we published not only describes for the first time the complete pathway to crocin biosynthesis in any plant, but also shows that the pathway evolved in gardenias through the appearance of just one gene that acts early in the pathway, while the later ones were pre-existing, and were hitchhiked for making crocin.” “This is an elegant demonstration, at the biochemical level, of how nature reuses and adapts pre-existing mechanisms, rather than creating completely novel ones.”