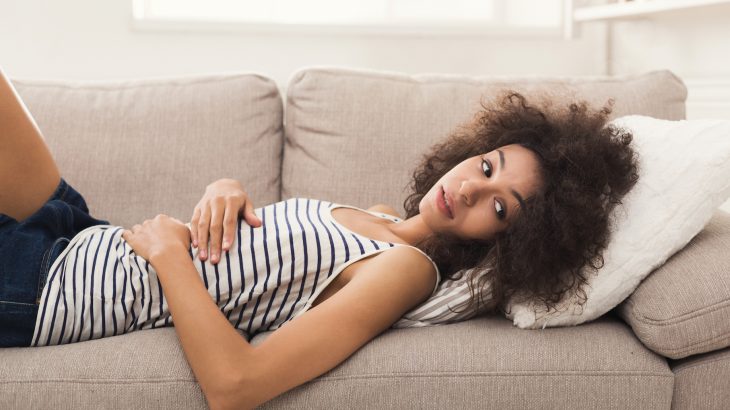 Depression can cause a whole host of symptoms and can impact sleep, mood, and weight.

One of the common ailments that accompany depression is stomach trouble like constipation, and now a new study has provided an explanation and potential treatment for this problem.

Nearly a third of all people suffering from depression also deal with chronic constipation, and many people report that gastrointestinal distress significantly reduces their quality of life.

Given the prevalence of constipation among people dealing with depression, researchers from Columbia University conducted a study to better explain this relationship and find potential treatments that would effectively help reduce stomach distress in people with treatment-resistant depression.

The study was published in the journal Gastroenterology.

“Ultimately, many patients with depression are faced with limited treatment options and have to suffer with prominent GI dysfunction,” said study leader Kara Gross Margolis, the leader of the study.

Both the brain and gut contain neurons which led the researchers to wonder if there was a similar cause linking depression and constipation.

“The gut is often called the body’s second brain,” said Margolis. “It contains more neurons than the spinal cord and uses many of the same neurotransmitters as the brain. So it shouldn’t be surprising that the two conditions could be caused by the same process.”

For the study, the researchers used mice that carried a genetic mutation which reduced the amount of serotonin in both brain and gut. Low serotonin levels in the gut caused constipation in the mice’s GI tract.

“Basically, the mice were constipated, and they showed the same kind of GI changes we see in people with constipation,” said Margolis.

The results show that neurons in the gut are impacted by low serotonin levels the same way the neurons in the brain are which means that increasing gut serotonin may help alleviate gastrointestinal distress.

Two of the study’s co-authors invented a slow release drug treatment to help increase gut serotonin which helped relieve constipation in the mice.

The treatment is a drug that slowly releases 5-HTP in the gut. 5-HTP is a precursor of serotonin and helps increase the number of neurons in the GI tract and serotonin levels.

A slow release 5-HTP drug may help treat other GI tract problems not linked to depression.

“We see a reduction of neurons in the GI tract with age, and that loss is thought to be a cause of constipation in the elderly,” said Margolis. “The idea that we may be able to use slow-release 5-HTP to treat conditions that require the development of new neurons in the gut may open a whole new avenue of treatment.”