Geckos are skilled hunters even after they lose their tails • Earth.com 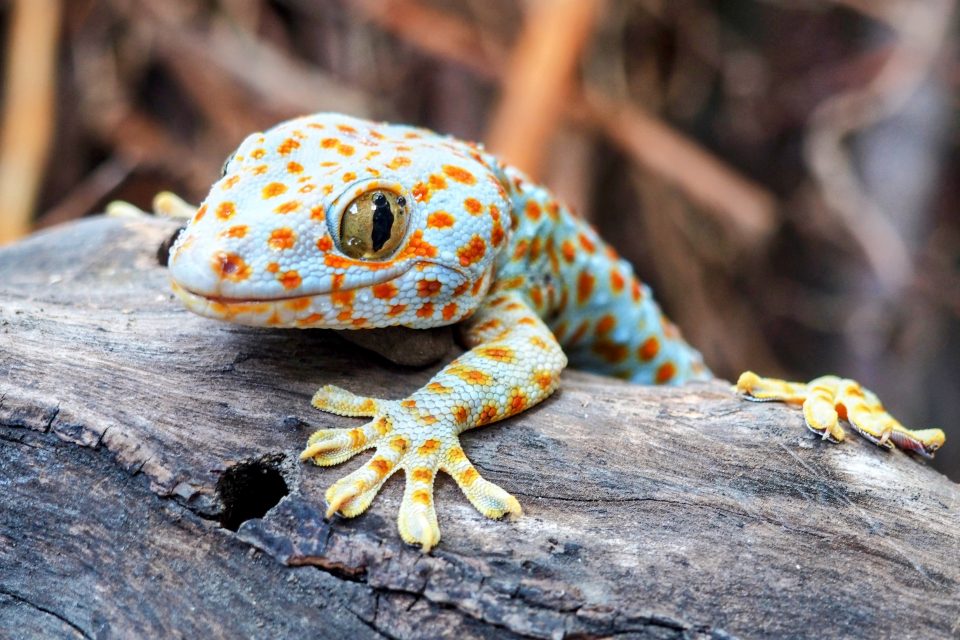 Geckos and lizards can sever their tails as a self defense mechanism to distract predators. In a new study from UC Riverside, experts have discovered that geckos are still successful hunters even after they have lost their tails.

Since the tail vertebrae are perforated, some lizards can drop their tails without injury or loss of blood. Despite the advantages of tail loss, however, this defensive strategy comes at a cost.

“Other studies have documented the negative effects of tail loss on lizards’ ability to run, jump, mate, and reproduce,” said study lead author Marina Vollin. “However, few have examined their ability to capture food when they lose their tails, which is critical for regenerating the tail and for overall survival.”

To investigate, Vollin collaborated with Professor Tim Higham to observe geckos – some with their tails intact and others who had lost their tails – while they were in the prowl.

The researchers found that geckos successfully captured crickets about 77 percent of the time regardless of whether or not they still had their tail. According to the experts, this level of accuracy was surprising in tailless geckos considering thar tails help stabilize their body positions during and after a strike.

At the same time, the geckos were much slower without tails, and their attack strikes were much more awkward, explained Vollin.

“It is very possible that geckos suffer a loss in feeding performance and success following autotomy in nature given the complexity of the habitat and more room for the prey to escape,” said Professor Higham.

Going forward, the researchers plan to study whether geckos are able to fully regain their agility once their tails have regenerated, which can take up to a month.

“It’s important to get a sense of how they operate in nature, where additional elements could affect whether they have more difficulty capturing prey,” said Vollin.

While geckos and other lizards eat a variety of different insects, they also serve as a key source of food for birds, snakes, and other mammals.

“I’ve heard them referred to as ‘nature’s popcorn,’ because other animals can eat a bunch of them at once, they’re abundant, and easy to acquire,” said Vollin. “They’re a big part of the base of the food chain.”

The study is published in the journal Integrative and Comparative Biology