Genetic mutation may explain how humans lost their tails • Earth.com 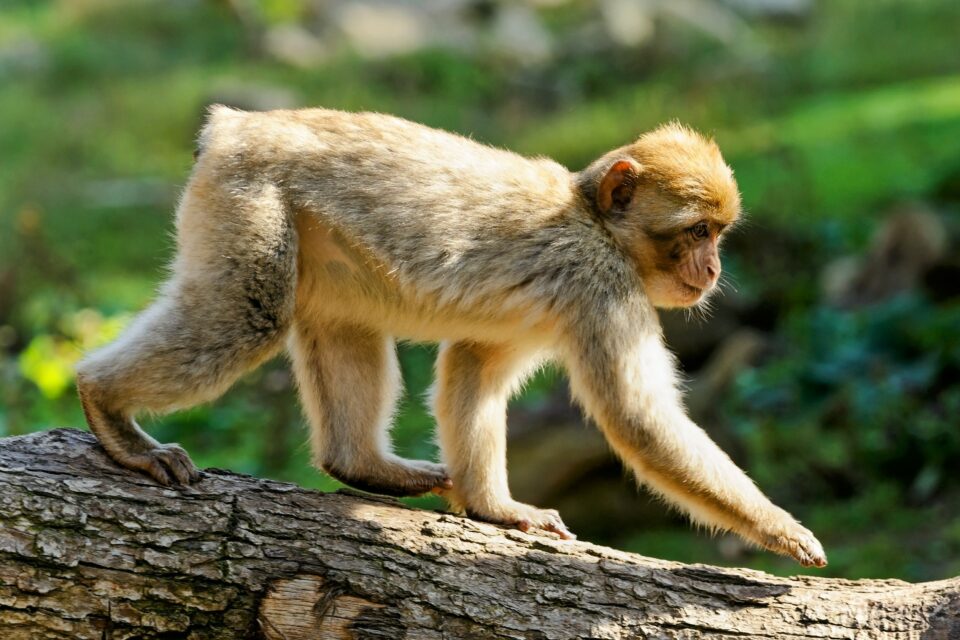 Genetic mutation may explain how humans lost their tails

A new study led by New York University Langone Health has found that a certain genetic mutation is responsible for a profound anatomical change that Charles Darwin first recognized with immense puzzlement in the 19th century: the loss of tails in humans and apes, which occurred roughly 25 million years ago.

For over half a billion years, our ancestord sprouted tails. Fish used them to swim through the Cambrian seas, and later on, primates managed to keep their balance while rushing from branch to branch in the Eocene jungles with the help of their tails.

Paleoanthropologists have found that the oldest known primates, dating back 66 million years, had full-fledged tails that were crucial for their locomotion. Although most of today’s living primates still have them, fossil records of apes had shown animals with no tails at all since about 20 million years ago.

“This question – where’s my tail? – has been in my head since I was a kid,” said lead author Bo Xia, a doctoral student in stem cell biology at N.Y.U. Grossman School of Medicine. After a car accident in 2019, when he injured his coccyx (a set of vertebrae extending beyond the pelvis that scientists think it is a vestigial remain of a tail), Xia decided to investigate scientifically this puzzling absence in humans and other great apes.

Xia and his team investigated how tails form in the early stages of embryonic development and identified over 30 genes that play a fundamental role in these processes.

One of these genes, called TBXT, exhibited a significant mutation in humans and other tailless apes. The gene apparently emerged about 20 million years ago and caused apes to grow just a stump of a tail, or even to not grow one at all.

However, even if geneticists such as Xia and his colleagues begin to explain how our tails disappeared, they are still far from understanding why this happened. Since the first apes were larger than monkeys, they would have probably fallen off branches more frequently and with often fatal consequences. Thus, tail loss might have put them at a significant evolutionary disadvantage. Furthermore, the lack of tail brings a whole series of spinal cord defects that modern humans struggle with as well.

“It’s very confusing why they lost their tail,” said Gabrielle Russo, an evolutionary morphologist at Stony Brook University, New York. “That’s the next outstanding question: What on earth would the advantage be?”