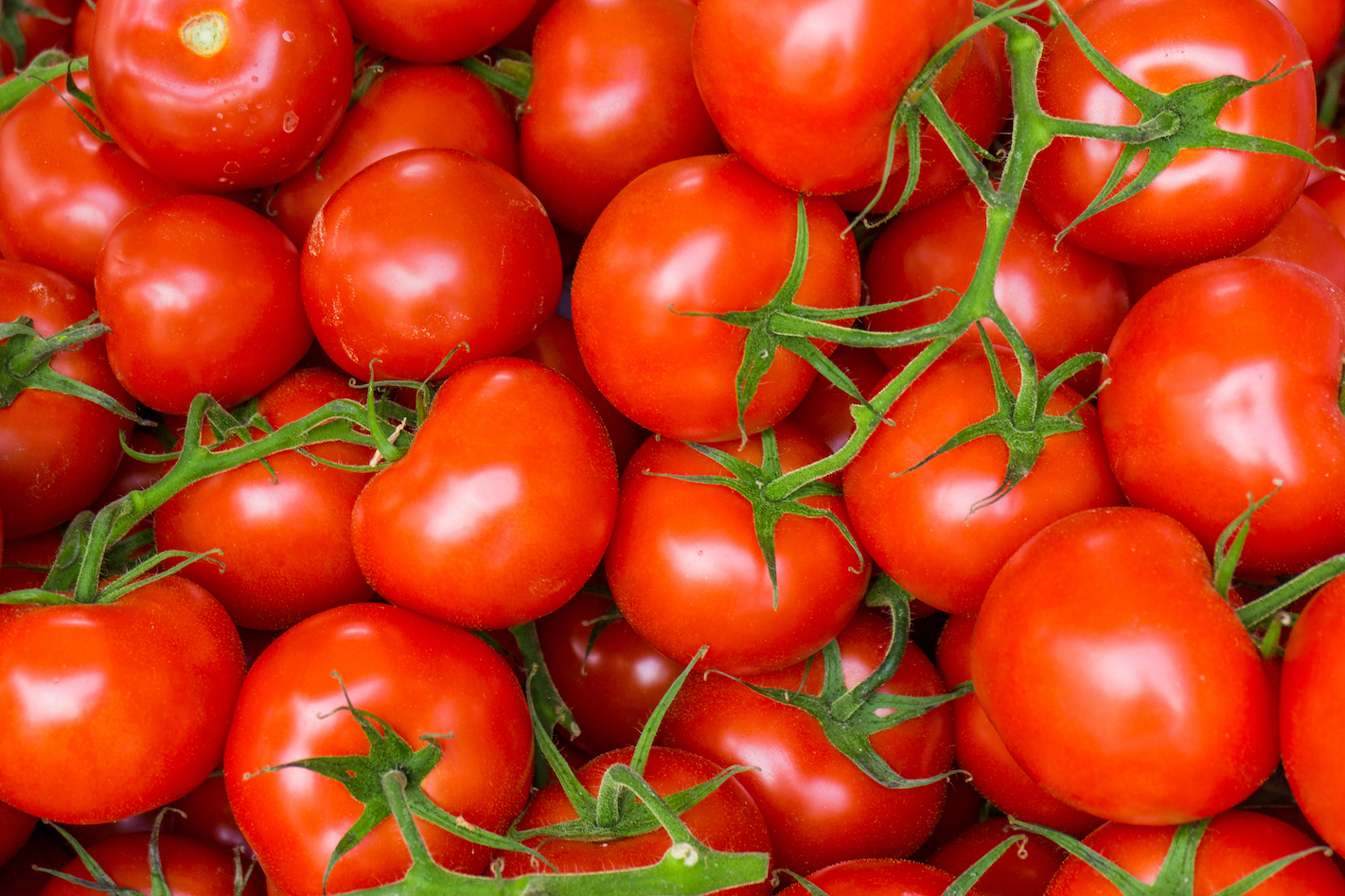 With the human population on the rise, every day there are more mouths to feed. This means that agriculture and the science behind it need to keep up with the growth of our population. Scientists around the world are constantly working on how to maximize the growth and production potential of our crops, so that we can produce more food with less land. In a new study published in Cell, researchers have found a way to use two formerly detrimental genes in tomatoes to actually work together and increase yield.

The two genes in question were found to cause extreme branching of the plant and reduce fruit yield when they are both present. One of these genes causes the green leafy “cap” on the top of tomatoes to grow larger. The other (known as Jointless2) causes the plant to have a smoother stem and firmer attachment to the fruit.

The Jointless2 gene is known to make tomatoes easier to harvest, which has caused it to be a desirable gene in these plants. However, the presence of both of these gene mutations in one plant results in the plant excessively branching out and flowering. These flowers later turn into the tomato fruit, which seems like it would be a desirable outcome, but senior author Zachary Lippman explains why this is not the case:

“…More branches and flowers doesn’t always translate to more fruits,” says Lippman, a plant geneticist at Cold Spring Harbor Laboratory. “In order to make those fruits, the plant has to pump a lot of resources into the young fruits as they start to grow. But plant can’t handle that imbalance of having too many fruits, so the fertility is quite low.”

The research team hypothesized that there might be a happy medium; where low levels of branching would produce more flowers than a non-branching plant, but not so many that the plant wastes its resources. To test this theory, they began to analyze the genes responsible for flower-bearing branches and these growth patterns.

One of their first discoveries was mutations in two closely related genes, which they deemed “strong branching” mutants. Both mutations played a role in initiating flower growth by turning genes on and off in plant stem cells. While the first gene was the already established Jointless2 gene, the second gene was unknown.

Lippman and his colleagues wanted to determine how the second gene worked when Jointless2 was gone. Using the infamous CRISPR “gene editing” technology, they created a tomato with a mutation in the unknown gene. For these plants, the researchers noticed that the mutants grew larger sepals – which are the small leaves at the base of a flower that eventually become part of the green cap to the tomato.

The researchers still aren’t sure what the benefit of larger sepals and a larger leafy cap would be, but the mutation exists in more than 85% of modern tomatoes. This means that it’s hard to breed a jointless tomato without creating a plant that also has excessive branching.

“In the 1970s, breeders wanted to use Jointless2 so much that they said, ‘We’re going to find a way to use the genetics to our advantage, and we’re going to find other genes to suppress the branching.’ So they knew they had this extreme branching, but they didn’t know which gene was mutated,” says Lippman. Previously, the goal had been to suppress branching and bring the plant back to the unbranched state, which they had achieved. But Lippman believes scientists had missed the opportunity to initiate weak branching – which could be more beneficial.

Using natural mutations and CRISPR, the researchers engineered several different tomato plants with varying levels of branching, including one with weak branching but a high fruit yield. Lippman believes that the results of this study may be useful for not just tomato breeders, but for related crops as well.

“The more we understand about basic plant biology, basic mechanisms of plant growth, and plant development, the more we have at our fingertips the knowledge and tools to rework the system or tune the system and exploit the system,”  says Lippman. And when it comes to feeding a growing world, we’ll need all the help we can get.