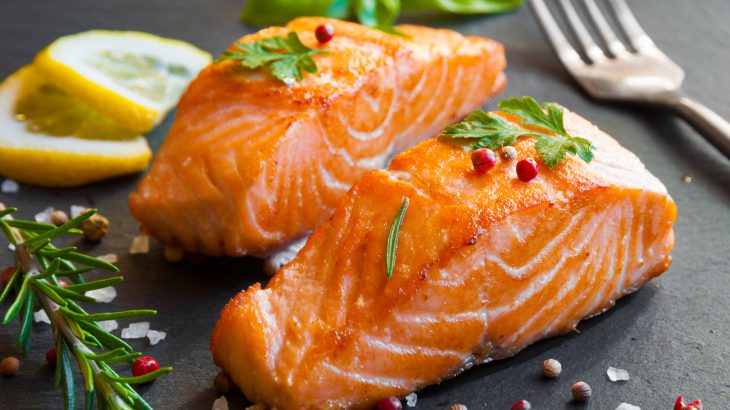 On Friday, March 8th, the U.S. Food and Drug Administration (FDA) lifted a ban on AquaBounty, the company behind genetically modified salmon that grow twice as fast as normal salmon. The ban previously prohibited AquaBounty from importing its modified salmon eggs to an Indiana growing facility, where the fish would be grown for about 18 months before being sold for human consumption.

The FDA stated that AquaBounty salmon have undergone safety reviews and the ban has been lifted due to a new regulation that states companies must disclose when a food product is “bioengineered.”

AquaBounty, which was founded in 1991, have modified the Atlantic salmon using DNA from other fish species in order to make the salmon grow faster. The company says they are therefore helping to feed the growing population and meet the demand for animal protein, according to the Associated Press.

Despite the ban being lifted, AquaBounty still has hurdles to jump before they’re able to sell their salmon in the U.S. A coalition of consumer, environmental, and fishing groups has challenged the FDA’s decision and have recently filed a lawsuit to prevent the fish, dubbed AquAdvantage, from being sold.

“We think a remedy in our case would stop sale of the fish before they’re allowed to be sold,” said George Kimbrell, legal director for the Center for Food Safety, one of the groups suing the FDA.

The concern is that the AquAdvantage salmon, although all bred to be sterile female fish, may leak into the surrounding natural environment. And if not all of the AquAdvantage fish are sterile, as tests have shown can be possible, the entire species of Atlantic salmon may be at risk for being genetically modified.

Furthermore, Kimbrell and others against the decision also fear that the term “bioengineered” is less recognizable to the consumer than “genetically modified,” and using the former term on packaging may lead unwitting consumers astray.

However, AquaBounty CEO Sylvia Wulf told the AP that AquAdvantage fish have already been sold in small quantities in Canada, a country that does not require marked packaging for genetically-modified foods, without issue. Wulf doesn’t believe the lawsuit will affect the company’s progress in the U.S.

The implementation of the new regulation to simply label packaging of bioengineered foods will begin in 2020, and all companies must comply by 2022.