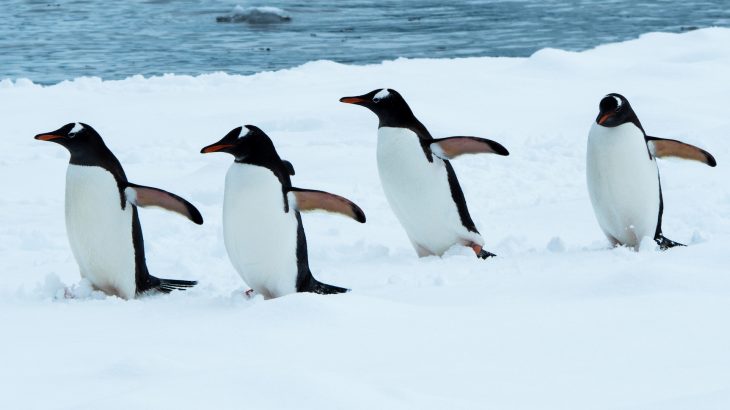 Genome project will promote a better understanding of penguin evolution

The Penguin Genome Consortium, which is comprised of experts in ten countries, has sequenced the genomes of penguins in an effort to better understand their past. Combined with two genomes that were previously sequenced, the 19 penguin genomes acquired by the team represent all surviving penguin species.

The work will promote many areas of research, from penguin evolution to the impact of human activities and environmental changes.

Penguins are equipped with an enhanced thermoregulation system which allows them to adapt to extreme cold or tropical conditions. Their diverse range across the Southern hemisphere includes the Galápagos Islands on the equator, the oceanic temperate forests of New Zealand, the rocky coastlines of the sub-Antarctic islands, and the sea-ice around Antarctica.

Over the last 60 million years, the birds have evolved from a group of flying seabirds to flightless marine divers. Many penguin populations have recently experienced rapid declines, such as the collapse of the King penguin population, which plummeted by 88 percent in just three decades.

“The population history of different penguin species can be seen in their genome,” said study co-author Theresa Cole. “We will provide new insights into the population history of all penguins over dramatic climate events, to predict population trends under future climate change scenarios. This research will help us understand how future climate change may affect other species, to help us develop conservation strategies.”

The team is also sequencing the genomes of recently extinct penguin taxa. “The penguin ancestor experienced rapid radiation leading to the current approximate 20 extant species, accompanied by many ancient lineages that are now extinct,” said study senior author Guojie Zhang. “The radiation of penguin thus provides an excellent example for the study of speciation.”

The researchers faced both technical and cultural challenges in their attempts to collect high-quality specimens in some remote areas. The way the team addressed sensitive cultural issues could serve as a model for building trust and collaboration with indigenous groups during future projects.

“Genome research in New Zealand is currently moving into novel cultural contexts, especially for penguins, which are Taonga or treasured possessions in Māori culture. As such, our consortium have undertaken rigorous indigenous consultation to sequence the genomes from six New Zealand Taonga species,” said study co-author Bruce McKinlay. “We believe these genomes will be important for a cultural context.”

The study is published in the journal GigaScience.