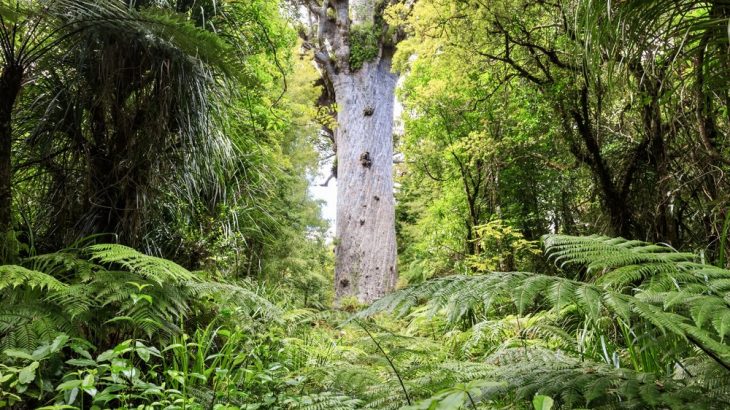 In a new study from AAAS, experts report that when Earth’s magnetic fields reversed nearly 42,000 years ago, major environmental changes were triggered. The geomagnetic reversal also led to extinction events and long-term changes in human behavior.

The research was made possible by a new radiocarbon record obtained from ancient kauri trees in New Zealand. The findings raise important questions about the evolutionary impacts of geomagnetic reversals and excursions throughout the deeper geological record, said the researchers.

“Before this work, we knew there were a lot of things happening around the world at 42,000 years ago, but we didn’t know precisely how,” explained study co-author Chris Turney.  “For the first time, we’ve been able to precisely date what happened when Earth’s magnetic fields last flipped.”

According to the geological record, the planet’s magnetic poles have flipped multiple times. This event would be particularly disruptive today with modern electronic and satellite technologies. At the same time, the potential environmental consequences of these events are not yet known.

The most recent major magnetic inversion was a relatively short-lived geomagnetic event known as the Laschamps excursion. This event gave experts the chance to study the potential impacts of extreme changes to Earth’s magnetic field.

Despite compelling evidence from several paleoenvironmental records that suggest the Laschamps excursion coincided with significant environmental changes, however, the ability to understand these changes was limited by an uncertain radiocarbon calibration for the period.

For the current investigation, the researchers took a new approach based on a radiocarbon record derived from the tree rings of ancient kauri trees that have been preserved for millennia in New Zealand wetlands. This new, precisely dated record allowed the team to compare Laschamps with other global radiocarbon and ice core records.

These shifts may explain simultaneous global environmental changes that have been recognized in other climate records dating back to 42,000 years ago.

According to the study authors, the discovery that geomagnetic field fluctuations can affect atmospheric temperature and circulation on a global scale provides a model for understanding anomalous and sudden paleoenvironmental shifts.