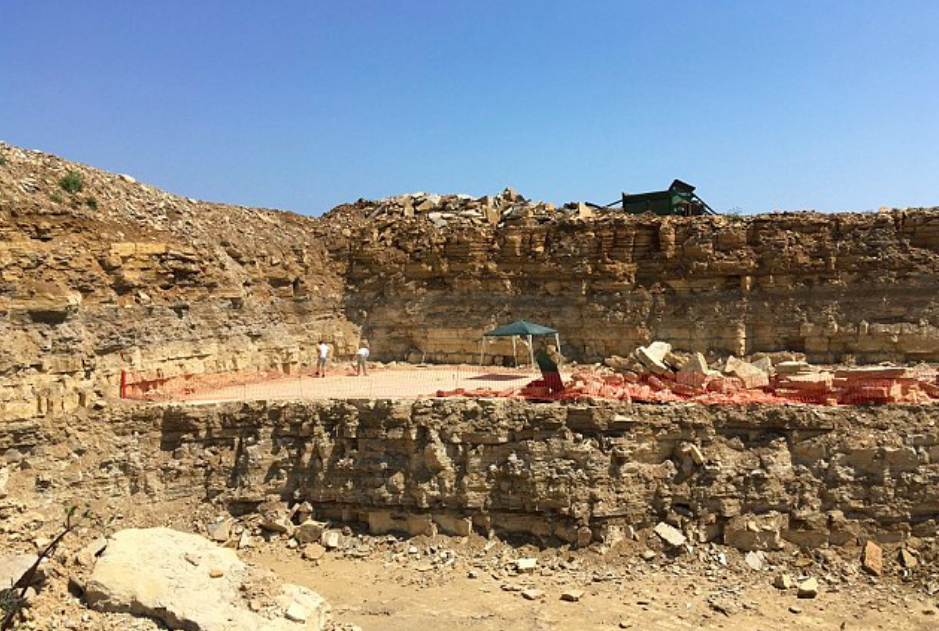 A new and exciting dinosaur discovery was just made in Britain; 140-million-year old dinosaur footprints uncovered in a stone quarry. These 30 footprints – measuring almost three feet in diameter each – were uncovered by workmen in the Purbeck quarry in Swanage on Britain’s aptly-named Jurassic coast.

Interestingly, 52 similar footprints were discovered over 20 years ago just a few hundred yards away from the new prints. Scientists believe both sets of prints were made by the same herd of gigantic Sauropods, which was the largest animal to ever walk the Earth.

Sauropods could live up to 120 years, and were the first successful group of herbivorous dinosaurs. They are known for their long necks and tails, and dominated most terrestrial ecosystems for over 140 million years – from the Late Triassic to the Late Cretaceous. These animals weighed as much as 80 tons, which is 14 times the weight of an African elephant.

Lewis Quarries in Langton Matravers was shut down for 10 days while paleontologists extracted the footprints.

“The footprints are like giant saucer-shaped depressions which are up to three foot in diameter but only half an inch deep,” says Professor Michael Bennett of Bournemouth University, who oversaw the extraction of the prints. “They belonged to the Sauropods which were very large dinosaurs the size of double decker buses and very gregarious, travelling in groups. The challenge for us was to extract the footprints without damaging them and now that has been achieved the intention is to put them on display at a museum, possibly the Etches collection in Kimmeridge.”

The dinosaur tracks have been captured in three-dimensions so the footprints can be digitally analyzed and possibly even printed in the future. So it’s likely that roughly 140 million years after these footprints were first created by dinosaurs, they will be created again – but this time by a 3D printer.