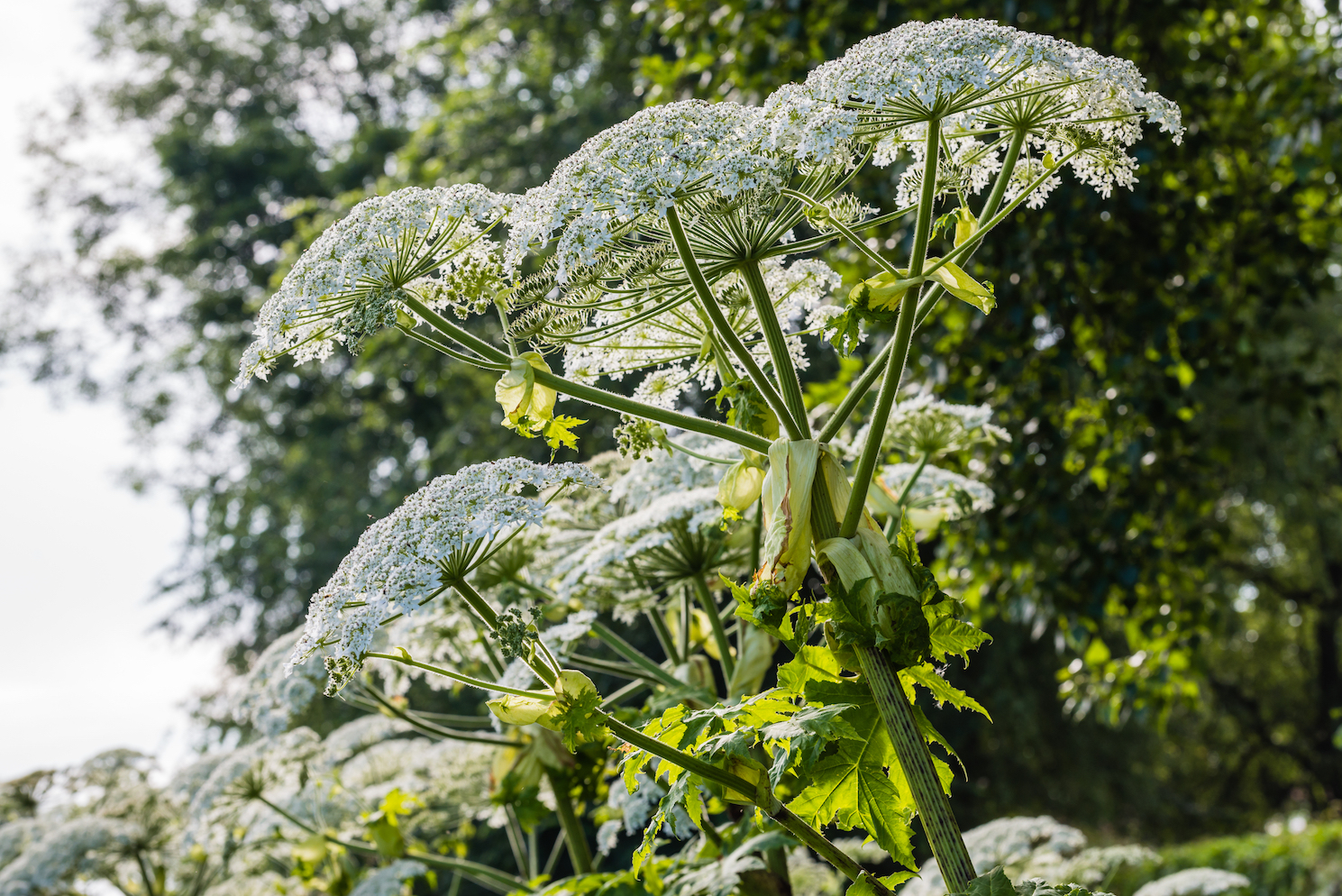 At least 30 giant hogweed plants have been found in Virginia for the first time, prompting officials to warn that the weed can cause severe burns.

Giant hogweed is an invasive plant from the Caucasus area in West Asia, and although it was first planted for its aesthetic look, it’s sap can cause serious burns and blindness.

Virginia is now one of the few states in the US where the plant has been found, and it can grow over 14 feet tall with large white flower clusters that can reach 2 and a half feet in diameter.

The plant, also known as Heracleum mantegazzianum, has a watery sap that makes the skin extremely sensitive to the sun. Chemical compounds called photosensitizing furanocoumarins in the sap can cause phytophotodermatitis resulting in third-degree blisters and burns when the sap comes in contact with skin.

It’s advised to immediately wash the affected area and limit sun exposure for 48 hours after coming in contact with the plant because of how sensitive the skin is due to the sap.

It can also cause blindness as well, and healing from the burns can take years according to environmental officials in Virginia.

“Giant hogweed makes poison ivy look like a walk in the park,” said an official Facebook post from the Isle of Wight County where the plants were recently discovered.

The plant’s sap is so hazardous that it can only be handled with protective clothing and gloves. Mowing or cutting the plant only increases the risk of it spreading or growing back.

It has been listed as a noxious weed by the United States Department of Agriculture National Resources Conservation resources and has been found along West and East Coast states.