Giant impact may have instantly formed the Moon • Earth.com 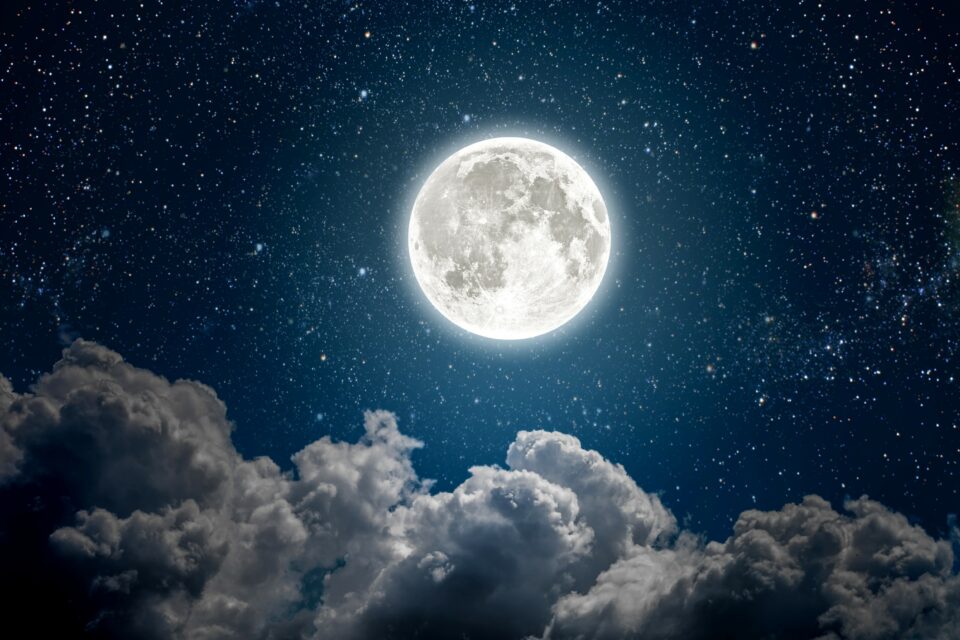 The Moon is thought to have formed about 4.5 billion years ago, following a collision between the Earth and a Mars-sized astronomical object called Theia. Most previous theories argued that the Moon was created by gradual accumulation of debris from this impact. However, these views have been challenged by measurements of lunar rocks showing their composition is similar to the Earth’s mantle, while the impact would have produced debris coming mostly from Theia.

Now, by using state-of-the-art computer simulations, a team of experts led by Durham University has provided a different explanation for the Moon’s origin, with a giant impact immediately placing a Moon-like body in the orbit of the Earth (“the immediate-satellite scenario”).

The researchers simulated hundreds of different possible impacts, varying the angle and speed of the collision, as well as the masses and speeds of the two colliding bodies, in their attempt to clarify the origins of the present-day Earth-Moon system. The analyses revealed that lower-resolution simulations can miss out on significant aspects of large-scale collisions, and only high-resolution simulations were able to produce the Moon-like satellite, showing that its outer layers were richer in material originating from our planet than previously thought.

If most of the Moon formed immediately after the impact, less of it became molten during formation than previous theories arguing that the Moon grew within a debris disk around the Earth postulated. Depending upon how the subsequent stratification formed, these theories should predict different internal structures of the Moon.

“This formation route could help explain the similarity in isotopic composition between the lunar rocks returned by the Apollo astronauts and Earth’s mantle. There may also be observable consequences for the thickness of the lunar crust, which would allow us to pin down further the type of collision that took place,” said study co-author Vincent Eke, an expert in Computational Cosmology at Durham.

In addition, the scientists found that even when a satellite such as the Moon passes so close to the Earth that it might be expected to be torn apart by the “tidal forces” of our planet’s gravity, the satellite can in fact not only survive, but also be pushed into a wider orbit, and become safe from further destruction.

“This opens up a whole new range of possible starting places for the Moon’s evolution,” said study lead author Jacob Keggereis, a postdoctoral fellow in Computational Cosmology at Durham. “We went into this project not knowing exactly what the outcomes of these very high-resolution simulations would be. So, on top of the big eye-opener that standard resolutions can give you wrong answers, it was extra exciting that the new results could include a tantalizingly Moon-like satellite in orbit.”

The immediate-satellite hypothesis opens up a new understanding of the initial lunar orbit, and the predicted composition and internal structure of the Moon. Upcoming lunar missions could test such hypotheses and reveal more clues about what type of giant impact has led to the formation of the Moon.

The study is published in the journal Astrophysical Journal Letters.