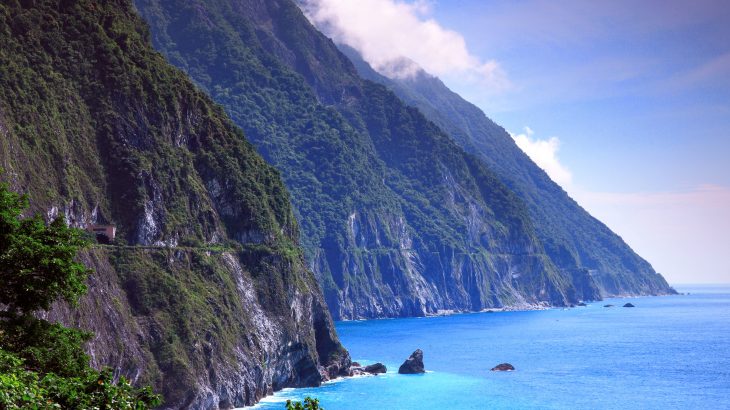 Researchers have discovered that giant sandworms, previously known only in fiction, actually roamed the seafloor near Taiwan millions of years ago. The predatory creatures were identified based on the reconstruction of an ancient trace fossil that turned out to be a burrow used by the worms.

Study lead author Yu-Yen Pan is a PhD student in Earth Sciences at Simon Fraser University. She explained that the trace fossil was found in a rocky area near coastal Taiwan. These types of fossils are part of a research field known as ichnology.

“I was fascinated by this monster burrow at first glance,” said Pan. “Compared to other trace fossils which are usually only a few tens of centimeters long, this one was huge; two meters long and two to three centimeters in diameter. The distinctive, feather-like structures around the upper burrow were also unique and no previously studied trace fossil has shown similar features.”

Before reconstructing the morphological model of the trace fossil, the experts analyzed 319 specimens preserved in early Miocene strata in northeast Taiwan that dated back at least 20 million years.

“Shahin encouraged us to reach out to marine biologists, marine photographers and aquarium keepers to compare the burrows to biological analogs, which enabled us to reach the conclusion that this trace fossil was produced by giant, ambush-predatory worms,” said Pan.

By comparison, the modern-day Bobbit worm is also large and predatory. It is sometimes called the “sand striker” because it uses its antennae to detect prey, grabs them with its jaws, and retreats into its burrow. When the Bobbit burrows, its body occupies the entire space. This explains the two-meter-long burrow observed in Pennichnus.

The researchers found a high concentration of iron around the upper burrow. This indicates that the giant sandworms secreted mucus to reinforce and rebuild their burrow walls after each feeding.

Marine predatory worms have existed since at least 400 million years ago, but their body tissues are soft – when they decay, there is no evidence left behind. Pennichnus formosae is believed to be the first known trace fossil produced by an underwater ambush predator.