Why giraffes have such long necks • Earth.com 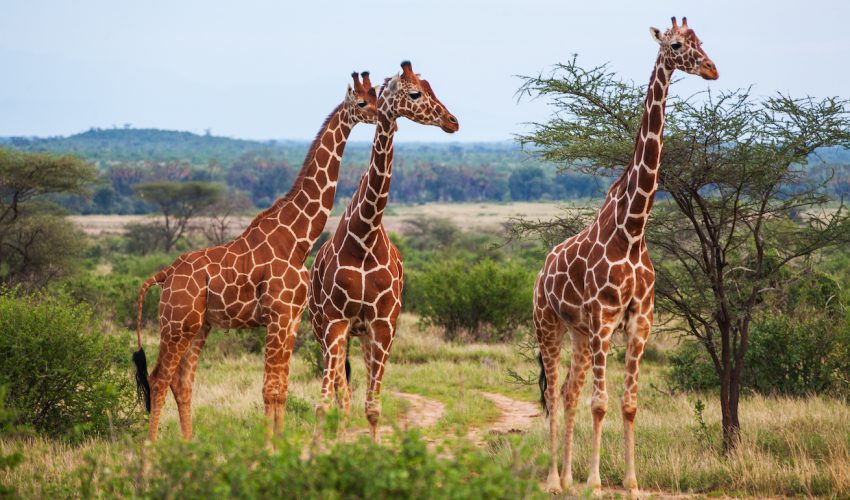 Why giraffes have such long necks

According to a new study, giraffes have evolved such disproportionate neck and legs in order to manage body heat, in hot, dry climates.

The long neck also likely developed to allow the giraffe access to better food higher up, but scientists are still unclear about why the giraffe evolved such a long neck.

To tackle this theory, the team measured the surface area of the head, neck, trunk, and legs of 60 giraffes from south eastern Zimbabwe, both male and female.

The results of the analysis showed no real difference in surface area between giraffes and mammals of similar size.

This means that the giraffe does not possess an evolutionary advantage through a larger surface area on their bodies. Instead, the researchers found that the giraffe’s shape and stature boost heat loss and even reduce solar radiation.

“Their shape confers other thermoregulatory benefits that have advantages for survival in the arid habitat they prefer,” the researchers reported.

Giraffe populations are declining rapidly, through habitat loss and poaching. As we reported last December, giraffes have been placed on the extinction watchlist.