Global deforestation and the slow progress to protect the forests • Earth.com 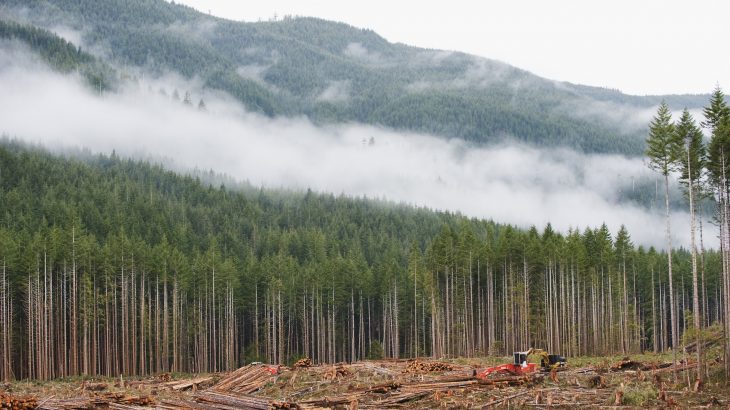 Global deforestation and the slow progress to protect the forests

Global deforestation and the slow progress to protect the forests. Costa Rica previously had one of the fastest rates of deforestation in the world. In just a few decades, forest cover dropped from 70 percent to 20 percent by the 1980s.

Today, Costa Rica is known for its lush tropical forests, ecotourism, and conservation. Somehow Costa Rica went from rapid rates of deforestation to zero, allowing for forest growth and sustainable land use. This dramatic reversal was only made possible by a shift in government policies.

Costa Rica’s government restricted logging permits, and a national forest fund was created to offer incentives to farmers who protected and conserved their land.

Unfortunately, Costa Rica’s conservation success story is the exception rather than the norm. Many people continue to take and take from our planet, burning through — quite literally — its natural resources as if there is no endpoint.

This summer, thousands of wildfires were recorded across the Amazon Rainforest. According to National Geographic, at the end of August, there were around 76,000 fires, an increase of 80 percent compared to the year prior.

The increase in fires has been linked to illegal clearing and loosening restrictions on development in the region.

“The government doesn’t have any governance over what is going on,” Ane Alencar, science director for the Amazon Environmental Research Institute (IPAM), told NBC News.

“The primary trigger that set off this burning season in the Amazon was not drought but high levels of deforestation,” Alencar said in a statement. “This year has not been particularly dry compared to previous years.

Meanwhile, with all eyes on the Amazon, hundreds of intentionally set fires burned across Indonesian Borneo and Sumatra earlier this month. The New York Times reported that the fires produced so much smoke schools were forced to close, and thousands of people were breathing in toxic air.

The purpose of the fires was to clear land for palm plantations, a crop that has resulted in the loss of thousands of acres of rainforest in Southeast Asia.

The fires pose a threat to orangutans that live in the Mawas Conservation Area on the island of Borneo.

“The Mawas Conservation Area and the orangutan population are threatened by these fires and if the habitat burns these orangutans have nowhere to go,” said Erin R. Vogel, an endangered orangutan expert, and professor at the Department of Anthropology at Rutgers University. “In addition to the harmful effects of the fires on human health, our past research has shown that the carbon emissions and smoke produced by these fires are extremely harmful to orangutan health.”

Orangutans in Indonesia have become endangered, with populations declining by 50 percent as their habits have grown increasingly fragmented over the years due to demand for palm oil.

Deforestation is a global issue and one that directly contributes to climate change.

While tree-pulp paper products generate billions of dollars in revenue each year, logging is degrading Canadian forest habitats and threatening indigenous communities that rely on the boreal ecosystem.

Not only does logging destroy trees, but the practice generates millions of tons of carbon emissions each year which, in turn, accelerates the pace of climate change.

But if Costa Rica is the exception and fires continue to spread across the Amazon Rainforest at a record-breaking rate, what can be done to protect and restore the world’s forests?

This question becomes even more complicated when you factor in the predicted increases in food demand due to a growing global population and climate change.

A recent report by the Intergovernmental Panel on Climate Change found that 72 percent of all ice-free land on Earth is used to support the global population.

Agriculture and forestry make up a considerable part of land use, but without sustainable management of these systems emissions will increase, land degradation and habitat loss will increase, species will become extinct and the very resources we need to feed, clothe, and shelter the human population will grow scarce.

While there are efforts to stem the tide of deforestation, the progress is slow going and limited.

That’s the major takeaway of a report by the New York Declaration on Forests (NYDF). The NYDF began in 2014 and has since gained the support of 200 endorsers, a mix of governments, organizations, and companies all committed to stopping global deforestation.

Recently, the NYDF released its five-year assessment report, and the results show that very little progress has been made in the way of keeping in line with the project’s goals. This is not to say that there has been zero progress, but outpacing climate change and the increasing rates of deforestation in many regions will require a mammoth effort.

the coordination of governments — including both producing and importing countries —as well as companies, civil society, and indigenous peoples’ organizations,” the NYDF report concludes. This strategy must explicitly align efforts to preserve primary forests, sustainably manage production forests, and restore natural forests in degraded landscapes.

Sustainable management of land use is the call to action we all must rally behind.