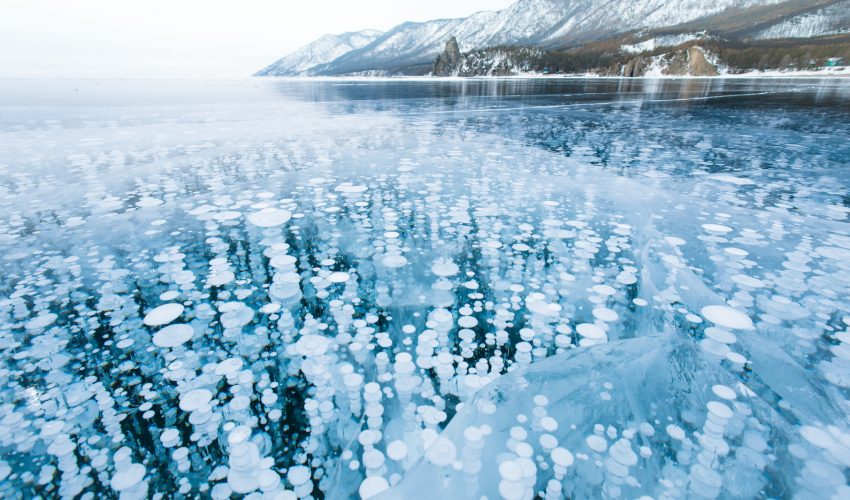 Researchers have found that a rise in temperatures due to global warming causes more frequent emissions from methane bubbles. When these methane bubbles burst, they release methane gas into the atmosphere that contributes to climate change.

“Never before have such unequivocal, strong relationships between temperature and emissions of methane bubbles been shown on such a wide, continent-spanning scale,” said study co-author Sarian Kosten of Radboud University.

The study closely examined the impacts of aquatic environments on greenhouse gas emissions, focusing on shallow lakes, ponds, rivers, and wetlands. These marine environments are responsible for a substantial amount of emissions, much of which comes from methane bubbles.

These bubbles filled with methane gas develop in the sediment at the bottom of bodies of water. When the bubbles reach the surface, the gas is released into the atmosphere.

The international research team collaborated with researchers at Netherlands Institute of Ecology (NIOO-KNAW) for a massive experiment. First, they collected existing data on methane bubbles, ranging from forest ponds in Canada to postglacial lakes in northern Sweden.

“Next, we simulated methane bubble production in 1000-litre ‘mini-lakes’ at the NIOO, where we could accurately control temperature and other conditions,” said co-author Ralf Aben. “In this way we excluded causes other than the rise in temperature.”

The scientists used open tanks filled with water and sediment to mimic an annual cycle. Four tanks had an average Dutch climate, while four other tanks contained temperatures which were up to 4 degrees Celsius higher than average.

Methane is produced more frequently in nutrient-rich sediments, which means that methane production can be slowed down by reducing the amount of fertilizer being used.

The experts say that global warming will not be easy to stop, but that it is still possible.

“Every tonne of greenhouse gas that we emit leads to additional emissions from natural sources such as methane bubbles,” said Kosten. “Luckily, the opposite is also true: if we emit less greenhouse gas and the temperature drops, we gain a bonus in the form of less methane production. This bonus from nature should be our motivation to reduce greenhouse gas emissions even further.”