Global warming can be slowed by improving soil quality • Earth.com 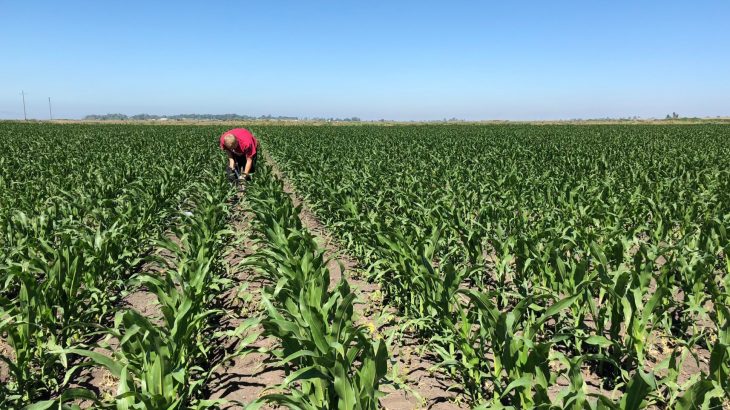 Global warming can be slowed by improving soil quality

At this point in our battle with climate change, we would accept almost any potential solution that could reduce the warming of global temperatures. While some scientists are working hard to figure out ways to slow carbon emissions, others are studying ways to remove the carbon currently in our atmosphere.

A new study from the University of California, Berkeley, reports low-tech ways to improve soil quality on farms worldwide, while also pulling significant amounts of carbon out of our atmosphere – thus slowing the pace of climate change.

In their study published in Science Advances, the researchers claim that well-established agricultural practices such as planting cover crops, optimizing grazing, and sowing legumes on rangelands could capture enough atmosphere and store it in soil to make a major contribution to international climate change targets – were these practices to be used worldwide. When these practices were paired with aggressive carbon emission reductions, it was determined that improved agricultural management could reduce global temperatures nearly half a degree Fahrenheit by 2100.

“As someone who has been working on carbon sequestration for a long time, I have always had this question in the back of my mind, ‘Will sequestration in soils make a difference with climate change at a global scale?’” says senior author of the study Whendee Silver, a professor of environmental science, policy and management at UC Berkeley. “We found that there are a wide range of practices deployable on a large scale that could have a detectable worldwide impact. A big take-home message is that we know how to do this, it is achievable.”

But the important point to note is that these results are only achievable if they are coupled with aggressive emissions reduction. If carbon concentrations in the atmosphere increase, sequestration becomes less effective at reducing temperature.

The researchers used global data on agricultural management approaches known to increase soil carbon storage, and combined it with a climate model that determined the possible impacts on climate were these approaches to be widely used. Most of the sequestration would occur due to improvement of agricultural and grazing lands that are degraded and being used sub-optimally. Improved land management often increases the biomass of crops, grass, and their root systems by capturing carbon dioxide through photosynthesis, which then results in more carbon storage in the soil.

“These are very commonly used approaches, though people don’t use them to sequester carbon – they are doing it for other reasons. Anytime you increase the organic content of soils, you are generally increasing the fertility, water-holding capacity, sustainability, decreasing erosion and general resilience to climate change,” says Silver. “Sequestering carbon is a side benefit.”

Because these practices could be implemented around the world relatively quickly, there seems to be some legitimate promise for their utilization and effectiveness. “Agriculture is often portrayed as the villain in climate change,” Silver says. “What is exciting is that, not only can agriculture contribute to solving the problem, but it can do so in a way that actually improves agricultural soils.”