A good sense of smell may give you the best sense of direction • Earth.com 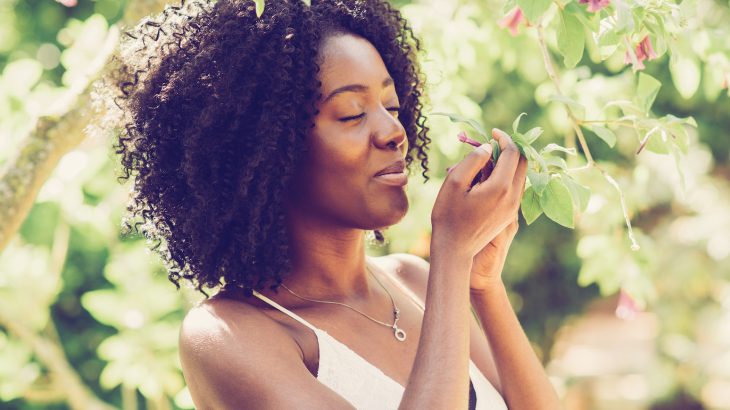 New research suggests that people are better able to navigate when they have a heightened sense of smell. The study has identified two regions of the brain that are activated for the use of both olfactory identification and spatial memory.

“Our findings reveal an intrinsic relationship between olfaction and spatial memory that is supported by a shared reliance on the hippocampus and medial orbitofrontal cortex,” explained the study authors. “This relationship may find its roots in the parallel evolution of the olfactory and hippocampal systems.”

A team of scientists led by Véronique D. Bohbot of McGill University set out to test the olfactory spatial hypothesis, which is the theory that the primary function of olfaction is navigation.

The study authors found that increased thickness of the left medial orbitofrontal cortex (mOFC) and volume of the right hippocampus of the brain predicted better performance on two tasks: identifying different odors and also navigating around a virtual town as part of a “wayfinding task.”

While the mOFC has been previously linked to an individual’s sense of smell, this is the first time that this brain region has been demonstrated as playing a critical role in spatial memory and navigation.

“Taken together, our findings point to a close relationship between spatial memory and olfactory identification. We showed that these two processes covary in healthy young adults, that they correlate with right hippocampal volume, and that they are impaired in patients with damage affecting the mOFC,” explained the researchers.

“While further research remains to be done, these findings bring evidence that is consistent with the suggestion that the original function of the olfactory sense may have been to support cognitive mapping and spatial memory.”