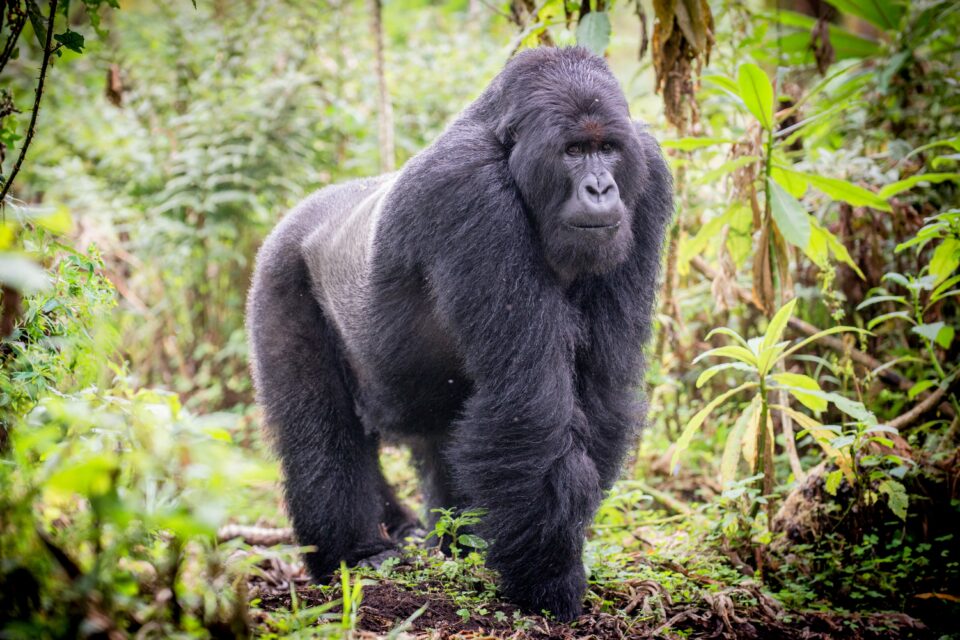 Respiratory diseases spread quickly among mountain gorillas. Because humans and apes are so closely related, diseases pass back and forth between the two easily.

Scientists from the Dian Fossey Gorilla Fund studied 15 respiratory outbreaks over the past 17 years to investigate how diseases are transmitted among populations of mountain gorillas in Rwanda. The research is aimed at making conservation decisions in the future.

“If we can better understand how diseases have spread in the past, we can better prepare for and respond to outbreaks in the future,” said study lead author Dr. Robin Morrison.

The research found that disease is largely spread by social connections among gorillas, meaning that disease was not transmitted as much between different groups. In fact, disease transmission could be predicted by the group’s social network.

“The outbreaks we investigated all appeared to stay within a single group rather than spreading through the wider population,” said study co-author Yvonne Mushimiyimana.

Gorilla groups interact fairly infrequently, and when they do, they tend to keep their distance, rarely approaching to within that crucial 1-2 meter distance.”

The study shows a large difference between gorillas and chimpanzees, which showed slower transmission rates in general as they have more diffuse social groups. However, transmission among chimpanzees was still predictable based on social networks.

The divisions between groups of gorillas is helpful in stopping the transmission of disease but it still begs the question, “where are outbreaks coming from?” Unfortunately the research shows humans are to blame.

“Our best guess is that these infections in mountain gorillas are coming from humans,” said Morrison, “It really highlights the importance of ongoing efforts to minimize wild great ape exposure to human diseases during activities like research, tourism and protection.”

“Vaccination, mask wearing and maintaining adequate distance are all more important than ever in the midst of a global pandemic.”

The research highlights the importance of safety protocols for tourists visiting gorillas in the wild to protect both gorillas and humans.

“The findings from this study suggest that since respiratory diseases transmit quickly within gorilla groups and transmission between groups is much less common, strategies that prevent initial transmission into a group may be most effective,” said Dr. Tara Stoinski, president and chief scientific officer of the Fossey Fund.

“For COVID-19 and other human respiratory pathogens, that means preventing that first introduction of a disease from a human to a gorilla.”

“Although the research was completed well before the appearance of COVID-19, the current pandemic highlights the fact that it is more vital than ever to minimize pathways of human-ape disease transmission, which pose a risk to wild great apes and humans alike.”