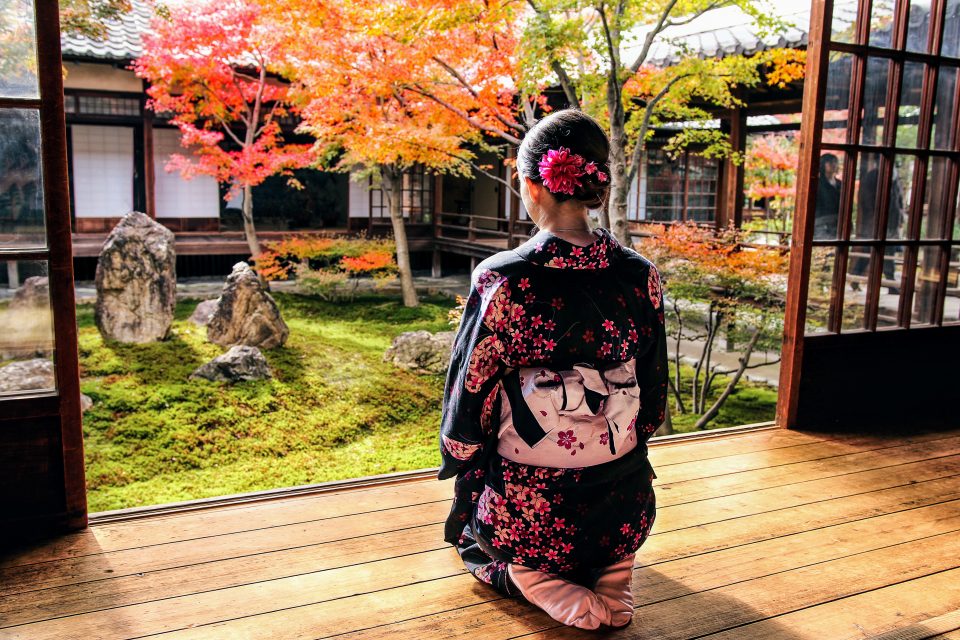 An “attitude of gratitude” keeps older adults in Japan hopeful despite the challenge of aging, according to a new study from the University of Exeter. Dr. Iza Kavedzija observed individuals in their 80s and 90s in a merchant neighborhood in the city of Osaka.

“This attitude of gratitude binds together both reflection on the past and attention to the present moment in its fullness. It also, I suggest, opens up space for a particular kind of hope, grounded in the moment,” wrote Dr. Kavedzija.

“Thus, the sense of the good and meaningful life that my older friends conveyed encapsulates an attitude of gratitude as a way of inhabiting the present, rather than dwelling in the past or leaping towards the future.”

“Some of my interlocutors and friends in the field spoke about the approaching end of their life. When speaking about the time remaining, many expressed their sense that the future ‘will somehow turn out alright’ (nantonaku).”

Dr. Kavedzija found that feeling grateful for the care and support they have had during their life helps pensioners in the country to be more optimistic, even when they experienced difficulties and were anxious about getting older.

Some of the individuals expressed fears going forward, such as getting dementia or becoming a burden to their children. Despite their concerns, however, many older Japanese adults cultivated a “quiet hope.” They accepted the uncertainty ahead, but remained actively engaged in their community, which gave them a sense of security.

“As people move through life, through their later years, many experience a sense of loss. But this time for them also offers opportunities to reflect more on life, with a heightened realization of their interconnections with others,” said Dr. Kavedzija.

“If one habitually invokes the involvement of others and their role in one’s life, one is reminded how much other people have helped them, in countless small and more substantive ways. The same events seem different when one focuses on how others have helped.”

“An attitude of gratitude was embedded in older peoples’ recollections of the past, but also allowed them to think about the present in a hopeful way. A world in which one has received much good will from others is a different place than one in which one has experienced loss, even if the facts of life are the same.”

“Gratitude in Japan can be seen to a large extent as a recognition of how much one relies on others as one moves through life. Gratitude highlights feelings of interdependence in the social world.”

Many people said they would not be the person they were without others who played various roles in their life. They often used the phrase arigatai, “I am grateful,” and also kansha, “gratitude.”

“While people in Japan might hesitate to say they are happy, gratitude is mentioned frequently,” said Dr. Kavedzija. “Through appreciation, dependence on others is not seen as simply a burden or a potential source of embarrassment, but also as moving and deeply meaningful. Meaningful relationships and encounters with others comprise a valuable foundation for what Japanese people call ikigai, or that which makes life worth living.”

The study is published in the journal Anthropology and Aging.