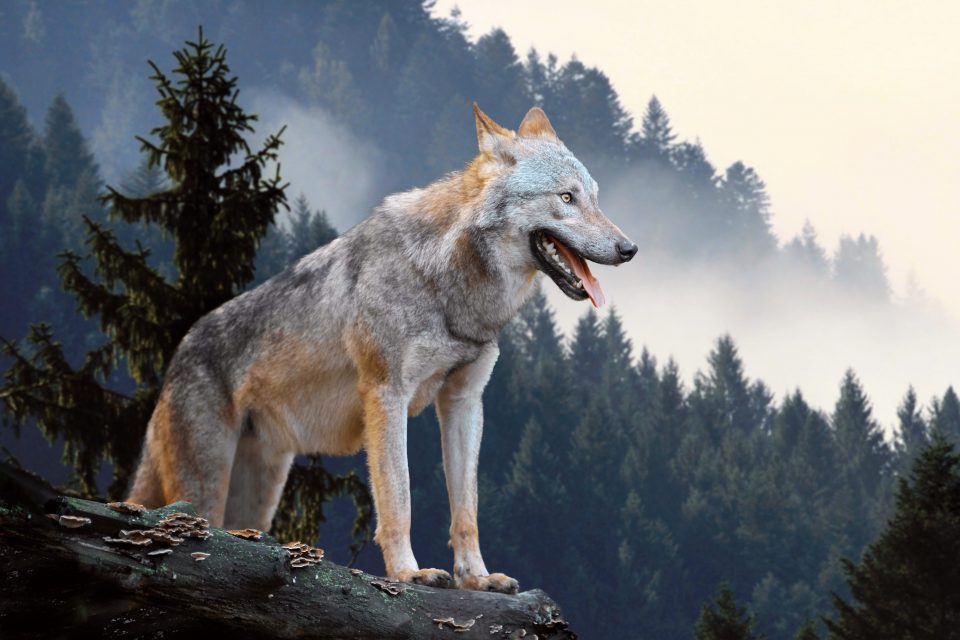 Gray wolves became one of the largest predators to survive the last ice age by changing their diet, according to a new study from the Canadian Museum of Nature.

The research suggests that wolves survived by adapting their diet over thousands of years. The wolves transitioned from hunting horses during the Pleistocene to primarily relying on caribou and moose today.

The researchers analyzed evidence preserved in the teeth and skull bones of both ancient and modern gray wolves. The specimens were all collected in the Yukon,  and some dated back as far as 50,000 years.

“We can study the change in diet by examining wear patterns on the teeth and chemical traces in the wolf bones,” said Landry. “These can tell us a lot about how the animal ate, and what the animal was eating throughout its life, up until about a few weeks before it died.”

The study was carried out using models that can determine an animal’s eating habits by examining microscopic wear patterns on its teeth.

Scratch marks were found in both the ancient and modern teeth which indicate that all of the wolves in this region were primary predators – eating flesh rather than gnawing on bones as scavengers.

Today, gray wolves have a diet that mainly consists of caribou and moose. To investigate what ancient wolves were eating, the study authors looked at the ratios of carbon and nitrogen isotopes extracted from collagen in the bones.”The axiom, you are what you eat comes into play here,” said Landry.

The results of the analysis showed that horses, which went extinct during the Pleistocene, accounted for at least half of the ancient gray wolf diet, while about 15 percent came from caribou and Dall’s sheep.

“This is really a story of ice age survival and adaptation, and the building up of a species towards the modern form in terms of ecological adaptation,” said study co-author Dr. Grant Zazula.

“The gray wolves showed flexibility in adapting to a changing climate and a shift in habitat from a steppe ecosystem to boreal forest,” explained Dr. Fraser. “And their survival is closely linked to the survival of prey species that they are able to eat.”

The study is published in the journal Palaeogeography, Palaeoclimatology, Palaeoecology.