Great reed warblers double their altitude during the day • Earth.com 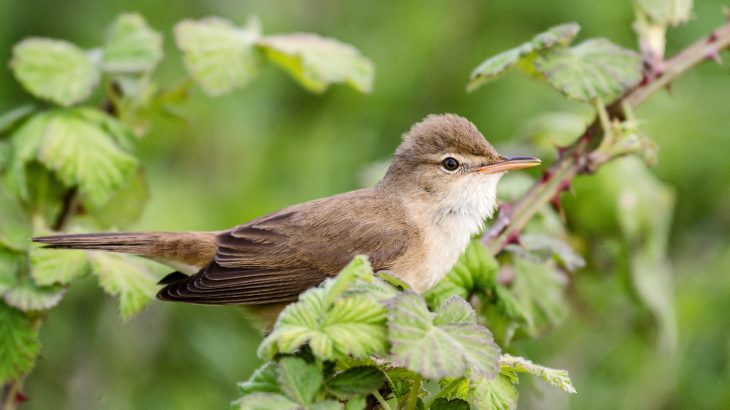 Experts at Lund University have discovered that great reed warblers fly at extreme altitudes during daylight hours. The researchers found that the birds were consistently flying at altitudes of more than twice their nighttime elevations to manage migrating in the daytime.

The researchers used data loggers, which weighed under 1.2 grams, to capture information about 14 warblers over the course of a full year.

Every five minutes, the loggers saved information about whether the birds were flying, looking for food on the ground, or resting. The loggers also recorded altitude measurements once per hour.

The data revealed that the great reed warblers flew at an average altitude of 2,400 meters at night. At dawn, they climbed 3,000 meters to fly at about 5,400 meters during the day. At dusk – before flying a second consecutive night – the warblers dropped down 3,000 to 4,000 meters to an altitude of around 2,000 meters.

While the reason for flying at extreme daytime altitudes is unclear, the researchers have ruled out wind and air temperature as potential factors.

“At altitudes over 2000 meters, winds and air temperatures do not change merely going from day to night or vice versa,” explained study co-author Sissel Sjöberg.

Furthermore, there are no high mountains along the migration route that could push the birds up to extreme altitudes.

According to the experts, great reed warblers can see further from an extreme height, which would help them avoid predators. The researchers also propose that the birds climb to more than double the altitude during the day to avoid becoming overheated by exposure to the sun’s radiation.

“It is colder higher up in the air and when the birds rise to 5,400 meters, they reach a layer of air with a temperature of around minus 9 degrees centigrade. That is 22 degrees colder than the altitude at which the birds fly during the night,” said Sjöberg.

“The wings of migratory songbirds beat several times per second, so they are working extremely hard, which makes their bodies very warm regardless of whether they are flying by day or by night,” said study co-author Dennis Hasselquist.

“But if they fly by day, they are also exposed to the heat from the sun’s radiation; that is what we suggest they are compensating for when they climb to a much colder layer of air at daytime. It is likely that they would not manage to fly by day without becoming overheated if they did not climb to these extreme altitudes.”