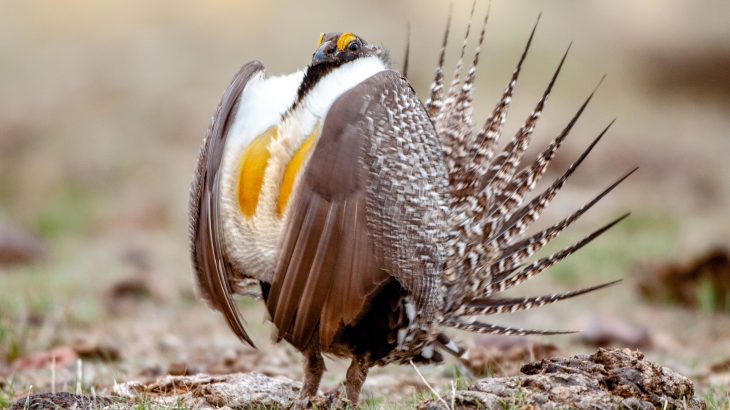 While the steady population reductions were found throughout the entire range, the rates of decline vary regionally.

The findings are based on the most comprehensive analysis of greater sage-grouse population trends to date. The study lays out a monitoring framework to assess those trends moving forward.

Furthermore, the research can be used to evaluate the effectiveness of greater sage-grouse conservation efforts and to identify factors that contribute to habitat loss and changes in population sizes.

“With this framework in place, resource managers can more nimbly respond to population declines with actions such as redistributing monitoring efforts or prioritizing where management intervention may be needed.”

The framework was developed to estimate greater sage-grouse population trends in 11 western states, including California, Colorado, Idaho, and Montana, where the birds can be found. The greater sage-grouse is considered to be an indicator species that signals the overall health of the iconic sagebrush ecosystem.

The researchers determined that the rate of greater sage-grouse decline has increased in western portions of the species’ range, and the declines have been less severe in eastern areas. The only region with a relatively stable population is western Wyoming.

Overall, the number of birds is now less than a quarter of what it was more than 50 years ago.

The team compiled information and created a rangewide database of greater sage-grouse breeding grounds. This data was used to analyze past and current population trends in different parts of the species’ range.

The researchers also investigated the most threatened breeding grounds, and found the greatest risk at the periphery of the species’ range. The experts report that there is only a 50 percent chance that most breeding grounds, called leks, will be productive in about 60 years from now if current conditions persist.

“The framework we developed will help biologists and managers make timely decisions based on annual monitoring information,” said study lead author Peter Coates. “This will allow them to address local issues before they have significant impacts on the population.”

The study is published in the journal USGS Open-File Report.