Greenland glacier has grown for a third year but will soon melt again • Earth.com 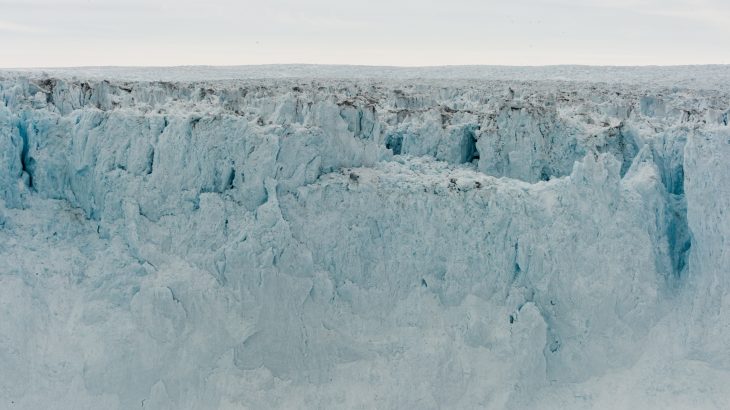 The Jakobshavn Glacier, which produced the iceberg that sunk the Titanic, is a 40-mile long, one-mile thick, fast-moving and quickly-thinning glacier in Greenland.

Greenland’s massive ice loss, a tell-tale sign of climate change and warming temperatures, has been particularly rampant in recent years, with the Jakobshavn glacier contributing to a significant chunk of those losses.

The glacier is also a major contributor to sea-level rise, but over the past three years, the glacier has steadily gotten bigger.

2019 marks three consecutive years of growth for the Jakobshavn glacier, according to NASA’s Jet Propulsion Laboratory.

Images from radar data collected during NASA’s Oceans Melting Greenland (OMG) mission show that since 2016-2017, the glacier has grown 22 to 33 yards per year.

This is a stark change from the fast-melting trend observed throughout most of the 2000s.

While a growing glacier may seem like good news for climate change mitigation, unfortunately, the growth is simply part of a long pattern that will soon flip back to melting, speeding up ice loss and sea level rise.

Recent research found that water around the glacier filtered in through an ocean current has been colder compared to previous years, which is why the glacier is growing.

Even as the glacier grows, the growth is not enough to compensate for ice loss overall, and the Jakobshavan is still contributing to sea level rise.

“Jakobshavn is getting a temporary break from this climate pattern,” said Josh Willis, the principal investigator of OMG, in a NASA press release. “But in the long run, the oceans are warming. And seeing the oceans have such a huge impact on the glaciers is bad news for Greenland’s ice sheet.”