Widespread heatwave reached even the northernmost settlement in the Arctic • Earth.com 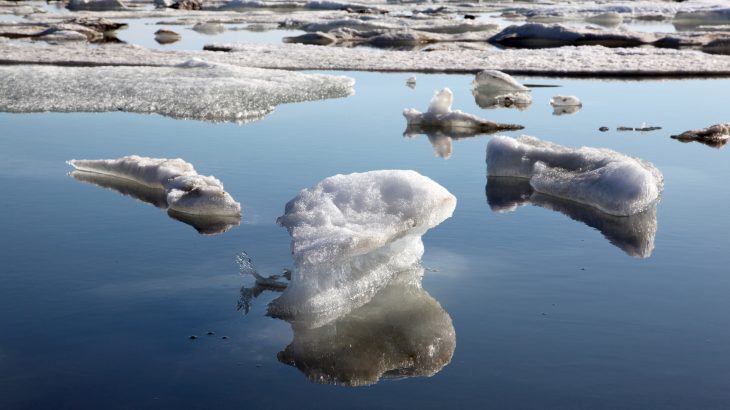 Widespread heatwave reached even the northernmost settlement in the Arctic

Much of the United States has dealt with record-breaking heat and humidity over the past week and weekend. New York City and Madison, Wisconsin were just some of the cities to face power outages during the peak of the heatwave, with many residents struggling to stay cool.

While the United States was bracing for temperatures in the high 90s, a heatwave hit the Arctic on Tuesday of last week, shocking climate scientists.

For the first time, temperatures reached 70 degrees Fahrenheit in the world’s northernmost settlement of Alert, Canada.

Alert is located less than 500 miles from the North Pole in Nunavut, Canada and only 62 permanent residents call the remote settlement home.

In the winter, it’s not uncommon to see temperatures dip below negative 20 degrees Fahrenheit, and in the summer, temperatures climb to a balmy 40 degrees.

However, on Tuesday temperatures soared well above their typical July averages. David Philips, the chief climatologist for Environment Canada, compared the event to temperatures reaching 111 degrees Fahrenheit in New York.

“It’s not just half a degree or a 10th of a millimeter. It’s like hitting a ball out of the ballpark. It is so different than what the previous record was,” Philips told CBC.

Temperatures are getting hotter in the Arctic. Heatwaves and a rash of wildfires are spreading across regions in Alaska and Siberia. In Anchorage, Alaska, temperatures reached 90 degrees Fahrenheit on July 4th of this year.

What’s happening in the Arctic is further proof of the tightening grip of climate change, and a warning that as temperatures rise, these unusual weather events are quickly becoming the norm rather than the exception.