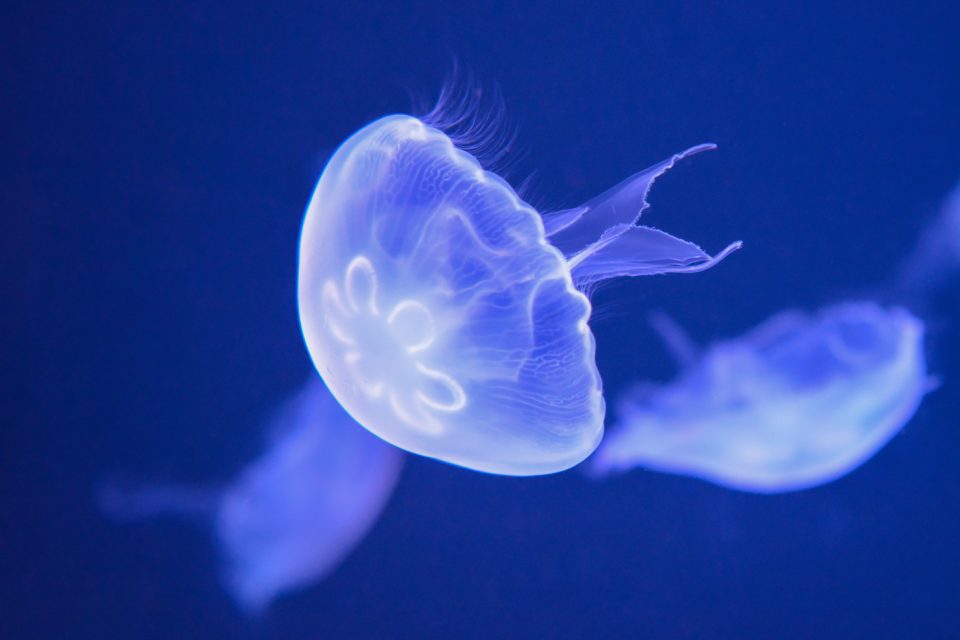 The jellyfish is one of the most delicate animals on Earth. Jellyfish are 95 percent water and the thin gelatinous layers that make jellyfish so mysterious and beautiful to watch as they float in the ocean also make them incredibly difficult to study.

What little researchers have been able to glean from jellyfish has paved the way for several important discoveries, including a protein that could help slow aging.

The ability to study jellyfish safely without damaging or tearing their delicate dermis layer is important, but most underwater research tools that marine biologists can use are cumbersome and heavy.

Researchers from Harvard University and the City University of New York have developed a new kind of ‘gripper’ that can gently capture and release jellyfish, opening up new research opportunities to study jellyfish in their native habitats.

The gripper has six thin hollow strips made of silicone which are meant to serve as fingers.

The strips are attached to a small rectangular “palm,” and as the strips fill with water, they curl up, exerting just enough pressure to keep a jellyfish contained in its grasp but gentle enough to ensure the jellyfish is unharmed.

“Our ultra-gentle gripper is a clear improvement over existing deep-sea sampling devices for jellies and other soft-bodied creatures that are otherwise nearly impossible to collect intact,” said Nina Sinatra, Ph.D., the first author of the study. “This technology can also be extended to improve underwater analysis techniques and allow extensive study of the ecological and genetic features of marine organisms without taking them out of the water.”

After testing the gripper at the New England Aquarium, the device was successful in capturing jellyfish and keeping them in place until released.

More tests revealed that the gripper could open and close around 100 times before showing any signs of wear.

The researchers are continuing to refine the technology, but so far the gripper has promising potential is solving a major problem for marine biologists hoping to unlock the mysteries of jellyfish.

“Marine biologists have been waiting a long time for a tool that replicates the gentleness of human hands in interacting with delicate animals like jellyfish from inaccessible environments,” said David Gruber, Ph.D., a co-author of the study. “This gripper is part of an ever-growing soft robotic toolbox that promises to make underwater species collection easier and safer, which would greatly improve the pace and quality of research on animals that have been under-studied for hundreds of years, giving us a more complete picture of the complex ecosystems that make up our oceans.”

The team published their findings in the journal Science Robotics.