Half of all Ebola outbreaks have gone undetected • Earth.com 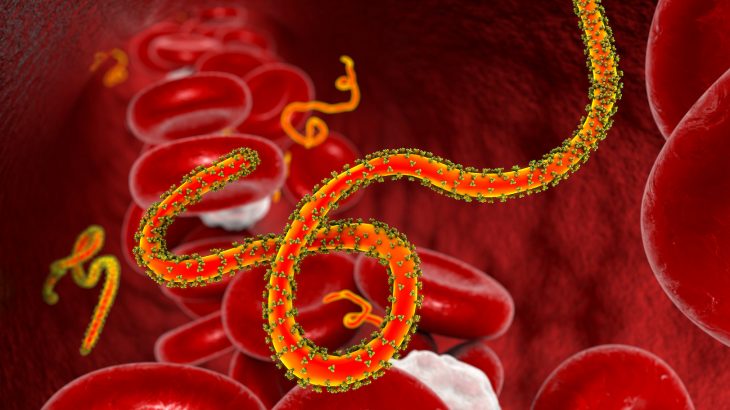 Half of all Ebola outbreaks have gone undetected

Currently, there is a rising concern over Ebola outbreaks in the Democratic Republic of Congo. Ebola is a virus that causes excessive bleeding and can lead to death – although it is extremely rare in the US. But new research from the University of Cambridge has estimated that half of Ebola outbreaks have gone undetected since the virus was first discovered in 1976.

The study, published in PLOS Neglected Tropical Diseases, is the first to estimate the number of undetected Ebola outbreaks. These outbreaks tend to involve clusters of fewer than five people, and the researchers found that the chance of actually detecting an isolated case of Ebola was less than 10 percent.

“Most times that Ebola has jumped from wildlife to people, this spillover event hasn’t been detected. Often these initial cases don’t infect anyone else but being able to find and control them locally is crucial because you never know which of these events will grow into full outbreaks,” explains lead author Emma Glennon of Cambridge’s Department of Veterinary Medicine.

“We rarely find Ebola outbreaks while they are still easy to manage. The unfolding epidemic in the DRC demonstrates how difficult it is to stop the disease once it has got out of control, even with international intervention. But if an outbreak is detected early enough, we can prevent it spreading with targeted, low-tech interventions, such as isolating infected people and their contacts.”

Using three independent datasets from the 2013-2016 Ebola epidemic in West Africa, the scientists were able to simulate thousands of outbreaks. With these simulations, they could determine how often they would expect a spillover event to die out early versus how often it would lead to a true outbreak. This data made it possible to draw comparisons with reported outbreak sizes and estimate detection rates of clusters depending on their size.

“Most doctors and public health workers have never seen a single Ebola case and severe fever can easily be misdiagnosed as the symptom of malaria, typhoid or yellow fever,” says Glennon. “To limit outbreaks at their source, we need to invest much more to increase local capacity to diagnose and contain Ebola and these more common fevers. We must make sure every local clinic has basic public health and infection control resources. International outbreak responses are important but they are often slow, complicated and expensive.”