Hamsters lose weight and become infertile when the days get shorter • Earth.com 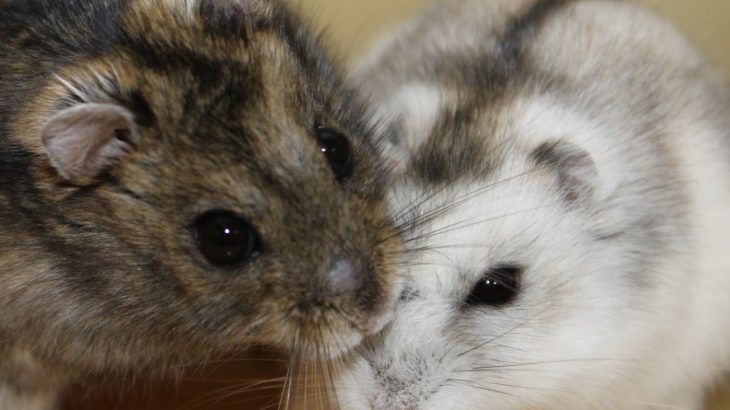 Hamsters lose weight and become infertile when the days get shorter

For the first time, researchers have sequenced the genome of the Siberian-hamster, revealing the underlying mechanisms that drive the seasonal breeders to wind down for winter and fatten up during the spring.

Seasonal breeders like the Siberian hamster can survive cold and harsh winters where food is low by conserving energy, growing a coat of thick hair, lowering their body temperature, and going through a dramatic weight loss during the fall.

In a new study, researchers from the University of Chicago found that daylight length alone was enough to prompt the hamster to limit food intake or get ready for breeding.

“We hope this will be a tool for discovery and more research on a really interesting biological puzzle, which is how organisms navigate the energetic landscape of nature over the course of a year,” said Brian Prendergast, a co-author of the research.

The study was the result of collaborative back and forth between Prendergast, and co-authors Riyue Bao and Tyler Stevenson to examine gene expression, hormone activity, and the hypothalamus in the brain.

The researchers were looking for differences in gene expression during winter and summer.

“Our collaboration is quite dynamic, like a two-way street,” said Bao. “I would pass the data to him [Stevenson] and ask if a certain pathway made sense. Then he might recognize a certain RNA molecule or candidate gene and ask for more information.”

The researchers were able to narrow their focus to a gene called pomc.

“It was the steps that control pomc expression that had been the mystery,” said Stevenson. “The studies we designed served to fill the gaps, and it was simply a matter of connecting the dots.”

It starts with a hormone in the thyroid called T4. As the days get longer, hamsters produce an enzyme that removes the iodine molecule from T4 to turn it into a hormone called T3. T3 controls gene expression of pomc.

“All animals show a level of seasonal biology, humans included. What our findings show, in hamsters, is that thyroid hormones acting in the brain where pomc is expressed provides the long-term regulation of energy balance,” Stevenson said. “What is completely fascinating is that this process evolved in some animals, like hamsters and voles, and not in others, like sheep or humans.”