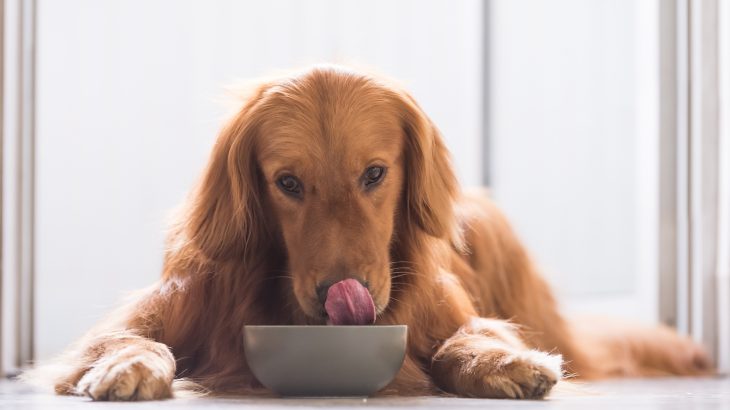 A new study has revealed that many dog food products made with raw meat contain high levels of bacteria that threaten the health of both animals and people. According to the researchers, the products are particularly dangerous for infants, elderly adults, and individuals with weak immune systems.

The researchers tested samples of 60 packs of raw meat products, which were produced by 10 different manufacturers in Sweden, Norway, Finland, Germany, and England. The dog food products all contained at least one of the following: uncooked meat or edible bones/organs from cattle, chicken, lamb, turkeys, pigs, ducks, reindeer, or salmon. Some of the products also contained vegetables and minerals.

The samples were analyzed for bacteria that could potentially pose a health risk to animals and people. The testing revealed that all 60 samples contained a family of disease-causing bacteria known as Enterobacteriaceae, which is indicative of fecal contamination.

The levels of Enterobacteriaceae varied widely among the different manufacturers, but over half of the samples contained levels that exceeded the limit set by the European Union (EU). C perfringens, another marker of fecal contamination and hygiene standards, was found in 18 samples.

E coli was found in about one-third of the samples, and Salmonella species were found in four out of 60 samples. While this does not sound like a lot, EU regulations do not permit Salmonella in any animal feed.

The research highlights the importance of careful storage, handling, and feeding of raw meat dog food products. The experts recommend that raw meat dog food should be kept frozen until use, thawed at 10 degrees Celsius, stored away from other food, and handled with separate kitchen equipment.

“Dogs in families with infants, elderly people or immunocompromised individuals should also not be fed (raw meat products), as these groups are more susceptible to infections,” wrote the study authors.

“Bacteria such as E coli and Salmonella can cause significant gastrointestinal disease in animals. Pets can also shed potentially harmful pathogens present in raw food into their environment, so there is a risk to owners both in handling the food and coming into contact with the animal. Pet owners who choose to feed a raw food diet should be aware of the potential health risks and take full precautions while storing and handling the food,” said Dos Santos.

“BVA would also not recommend making a raw food diet at home without veterinary guidance due to the potential for nutritional deficiencies in homemade diets. We would advise any owner wanting to try a raw meat-based diet for their pet to first consult a veterinary surgeon.”

The study is published in the journal Vet Record.