The extinction crisis looks apocalyptic — but there are solutions • 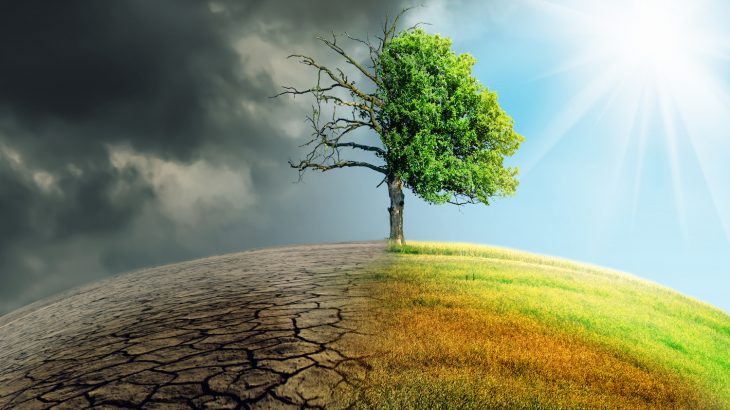 The extinction crisis looks apocalyptic — but there are solutions

The extinction crisis looks apocalyptic — but there are solutions. This spring, a UN study put a startling number to the ongoing extinction crisis: 1 million species gone if current trends continue. The stunning prediction revealed how much humanity stands to lose in the so-called 6th mass extinction. But the report offered hope, too: If we think and act big, humanity has the tools to avert catastrophe.

By reigning in overconsumption, enacting sustainable practices on farms and in the oceans, slowing population growth, seriously tackling climate change, and adopting other approaches, humanity can save millions of species — and ourselves.

“We have the power, we have the knowledge … we have the technology to do a better job,” said Gerardo Ceballos, an ecologist at Mexico’s Universidad Nacional Autónoma and a visiting professor at Stanford. And, he said, “paradoxically, by saving all these plants and animals, we are basically saving ourselves from a really apocalyptic future.”

Such an act of species- and self-preservation, however, won’t come easy. It will require “transformative change … a fundamental, system-wide reorganization across technological, economic and social factors,” said Robert Watson, chair of  the UN’s Intergovernmental Science-Policy Platform on Biodiversity and Ecosystem Services (IPBES) committee, which authored the 1-million-species report.

Save habitat, save species

“The greatest cause of species loss is habitat loss,” he said. “So any efforts to protect habitat that remains or to promote regeneration of habitat is the No. 1 way that we can benefit species in general.”

In this area, some progress has been made, with the expansion of protected areas — though much more is needed, said Duke University biologist Stuart Pimm.

“In the last 30 years, we’ve massively expanded the areas in the planet that we have protected … in national parks, for example,” he said.

However, the UN report notes, protected areas currently cover only 15% of the Earth’s land and freshwater areas and 7% of oceans. Meanwhile, an oft-cited goal from biologist Edward O. Wilson calls for setting aside half of the Earth’s habitat for wild species. More-targeted protection could be largely effective, though —and easier to enact, said Haddad.

“The best way to get closer to half the Earth protected is to protect the places that people care about and get benefit from,” Haddad said. The extinction crisis looks apocalyptic — but there are solutions

Habitat-preservation efforts, Pimm said, should target those species that rely on small geographic areas and thus face the greatest risks of extinction.

“Worldwide, we’re actually doing a pretty good job of protecting the species with the smallest ranges, by setting up, as it were, boutique national parks,” he said. “If you put protected areas in the right place, you can really do a lot to slow the rate of extinction.”

Protected areas can’t do all the work of habitat preservation, though; humanity also has to address the massive conversion of wild habitat for cropland and livestock grazing. As the human population balloons to a projected 9.8 billion by 2050, food needs will push agricultural activities further into tropical forests and other vital habitats, the UN report noted.

The study declared the need for widespread changes to farming, including the adoption of sustainable practices, like water conservation on farms. This could also mean reducing the broad use of pesticides, which claim scores of pollinators in the ongoing “insect apocalypse.” Similarly, sustainable management of fisheries, waterways and other resources will aid species preservation, the report said, by, for example, dampening runoff pollution.

With changes to farming practices, society can meet the food needs of the global population and preserve habitat — all without demanding sacrifices in living standards, said Stephen Polasky, a coordinating lead author on the UN report and a University of Minnesota ecologist.

“You can grow food, even to meet a larger population, on the current land,” he said. “You don’t have to expand agriculture into the Amazon.” Doing so calls for more-efficient farming practices, including pairing crops with the sites most appropriate to them, Polasky said. The extinction crisis looks apocalyptic — but there are solutions

The food system’s extinction toll would drop, too, if people wasted less food, said Paul Ehrlich, a Stanford biologist. Forty percent of the U.S. food supply never gets eaten, among the highest rates anywhere, Food Logistics reported. And those uneaten meals make up just part of a bigger piece of the extinction problem: overconsumption, by more and more people, Ehrlich said.

In fact, addressing consumption by all those folks, Ehrlich told The Guardian, is the most important part of the extinction question.

“The basic problem is too many rich people consuming too much,” he told Earth.com. Taking on consumption levels could mean eating less meat and moving away from fossil fuels, he said. On the individual level, people need to realize that they don’t need a new computer every year or 20 pairs of shoes, Ceballos said.

As consumption levels also largely depend on the number of people consuming, Ehrlich and Ceballos both point to population reduction as a fundamental (if controversial) piece of the extinction solution. The first step in shrinking population, they said, is granting full rights and greater employment and education opportunities to women globally, which would lower fertility rates.

“You could have a long-term livable planet with about a billion people,” Ehrlich said. The UN report calls for “low-to-moderate” population growth.

Climate, the law and species loss

Similarly, extinction calls for legal and regulatory approaches to illegal timber and wildlife harvesting, along with quotas for overharvested fisheries, the report said. Regulations and conservation efforts should also aim to eliminate invasive species, the report added.

The importance of laws and regulations in saving the planet’s species underscores the need for people to get politically active, Ceballos said.

“We have to get more involved,” he said. “We need to become actors. We need to look at this is the most important thing we can do for us and for our children.”