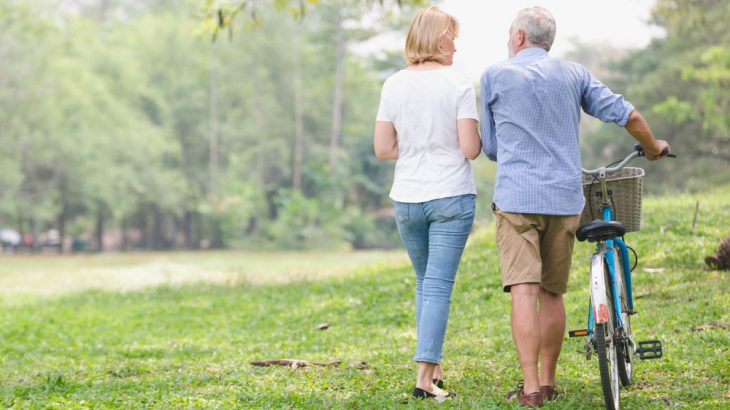 Two decades of a sedentary lifestyle is linked to a two times higher risk of premature death, according to a new study. The good news? It’s not too late to get active.

“Our findings imply that to get the maximum health benefits of physical activity in terms of protection against premature all-cause and cardiovascular death, you need to continue being physically active,” study author Dr. Trine Moholdt of the Norwegian University of Science and Technology said in a press release. “You can also reduce your risk by taking up physical activity later in life, even if you have not been active before.”

The Nord-Trøndelag Health Study – known as the HUNT study – adds to a massive collection of recent studies that have linked living a sedentary lifestyle to cardiovascular risk, dementia and a variety of other health issues.

It also adds to evidence that a sedentary lifestyle is especially dangerous for older adults – and that starting a physical activity routine can help battle the ill effects.

The HUNT study invited everyone over the age of 20 living in Norway to participate, beginning in 1984 to 1986. Researchers asked participants about how often they were physically active and for how long. More than 23,000 people participated in the research.

The questionnaire was repeated from 1995 to 1997, and from 2006 to 2008. The new report uses data from the first and third points in time, categorizing people as inactive, or with moderate or high activity.

Then researchers cross-referenced each group with the Norwegian Cause of Death Registry. After adjusting for other health factors such as smoking, drinking, age, education and blood pressure, the scientists found that participants who reported a sedentary lifestyle in both the first and third surveys were twice as likely to die younger.

People shouldn’t give up because they can’t exercise the recommended amount each week, Moholdt said.

“An important point to make here is that physical activity levels even below the advised levels will give health benefits. Physical fitness is more important than the amount of exercise,” she said.

Doctors should advise their patients that any amount of activity, no matter how small, is better than a completely sedentary lifestyle, she said.

And activity doesn’t have to mean formal exercise at the gym. It can be as simple as dancing or doing jumping jacks whenever you have time.

“Do activities you like and get more movement into your everyday life,” Moholdt said. “For example, walk to the shops instead of driving, get off the metro a stop early, and use stairs instead of the lift. I recommend everyone to get out of breath at least a couple of times each week.”