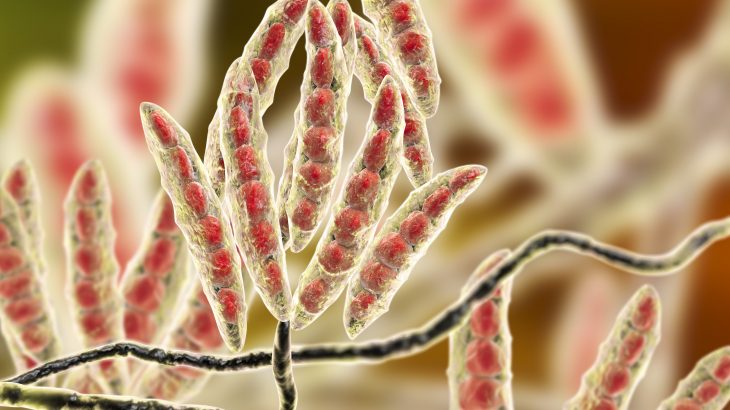 A new study published in the journal Astrobiology has revealed that the threats posed by toxic fungi in space are not only unknown but are also understudied. The team has concluded that much more research is needed to determine if mycotoxins are harmful for astronauts on the International Space Station and other spacecrafts.

Mycotoxins are secondary metabolites produced by fungal sources such as black mold. The toxic chemicals often cause nausea, diarrhea, and memory loss. In the long term, mycotoxins can even lead to immune deficiency or cancer.

A team of researchers in Belgium set out to investigate how toxic fungi may affect the health of astronauts. The experts reviewed what little published research they could find, and discovered a major lack of scientific evidence to support their investigation.

Study co-author Professor Sarah De Saeger is based in the Faculty of Pharmaceutical Sciences at Ghent University. The professor told Live Science that her team found “almost nothing” related to mycotoxins in space.

Professor De Saeger found this concerning because the fungi that have been identified on spacecraft, such as Aspergillus flavus and members of the genus Alternaria, are known to produce carcinogenic and immune-depressing compounds. She told Live Science that these potentially harmful molecules often form when fungi are stressed, and the conditions in space are conducive to stress.

The research team has determined that new techniques should be developed for monitoring the air and surfaces of vehicles in space. Professor De Saeger emphasized that the presence of mycotoxins does not necessarily pose a serious threat to astronauts.