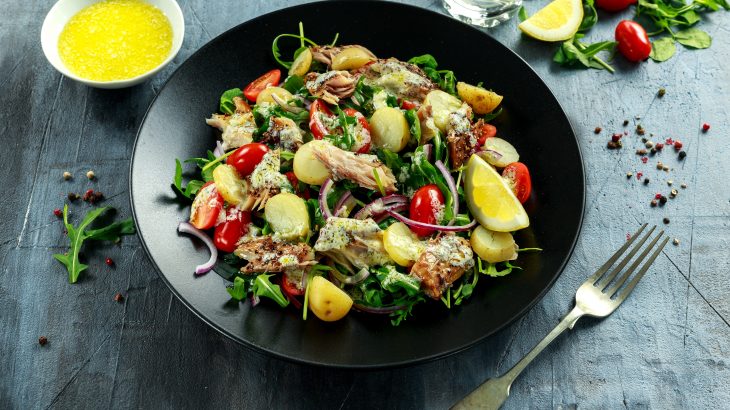 For the last seven years, the University of California system has been working to reduce carbon emissions from campuses as part of the Carbon Neutrality Initiative. Each campus is looking for ways to cut greenhouse gas emissions through various measures, such as increasing their energy efficiency.

Researchers at UC Santa Barbara and UCLA have turned their attention to campus food, which represents some of the largest indirect sources of greenhouse gas emissions produced by the colleges.

“Food is a huge part of our climate impact,” said study co-author Professor David Cleveland. He noted that despite the fact that the food system contributes about 30 percent of anthropogenic greenhouse gas emissions, few climate change mitigation policies address the issue.

The experts are exploring the opportunity to lower indirect emissions by reducing food waste and shifting UC campus food away from animal products toward more plant-based meals.

He explained that the key to understanding food’s carbon emissions lies in examining the amount of energy and resources that go into producing it, and the greenhouse gases that are emitted as a result of those practices.

“The fundamental thing is that animals eat plants,” said Professor Cleveland. The plants are converted to become part of the animal and the nutrition it provides. “However, there are a lot of nutrients and energy spent just keeping the animal alive and doing that conversion.”

For example, large quantities of water, grain, and soil nutrients are needed to produce a single pound of meat – not to mention the energy required for processing and distribution.”It’s much more efficient and less impactful to eat plants directly.”

The study was focused on potential changes in campus food across 10 institutions and 280,000 students involved in the UC system.

By implementing changes such as moving away from animal products, the researchers found that food emissions could be reduced by 42 to 55 percent. This is equivalent to about 9 percent of UC’s overall reduction target, according to the researchers.

Professor Cleveland noted that relatively small changes, like replacing a fraction of red meat with plant-based alternatives, can steer choices to foods that are not only lower impact on the environment but also healthier and often lower cost.

“We don’t have to go vegetarian or vegan, but we could be moving toward diets that are more climate friendly. We can do it right now on our campuses. And we can have all these co-benefits because it’s very easy to have climate-friendly food that is also healthier, delicious and more socially equitable than more climate-damaging food.”

The study is published in the journal Climate Policy.