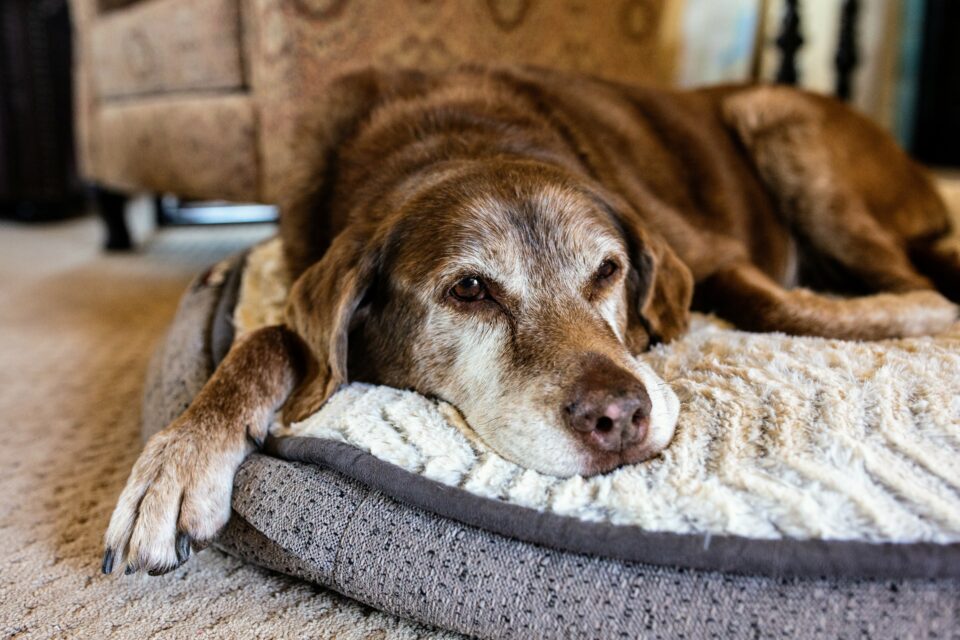 A new study from North Carolina State University explores the connection between hearing loss and dementia in geriatric dogs. These findings could support treatment of aging dogs and advance our understanding of the relationship between sensory loss and cognitive function.

“In humans, we know that age-related hearing loss is estimated to affect one-third of people over age 65,” said study co-author Natasha Olby.

“We also know that the rate of cognitive decline is approximately 30-40% faster in people with age-related hearing loss and that hearing loss is a greater contributor to dementia risk than other factors such as hypertension or obesity. But we don’t understand whether the same holds true for dogs.”

The researchers evaluated 39 senior or geriatric dogs. Auditory and cognitive tests were performed and owners were asked to fill out questionnaires focused on cognitive ability and quality of life. Cognitive testing, questionnaire scores and age were compared between hearing groups.

The “average” dog can hear tones at 50 decibels (dBs) with no difficulty. Of the study cohort, 19 of the dogs could hear at 50 dBs, 12 at 70 dBs, and eight at 90 dBs (roughly equivalent to the noise made by a jet plane at takeoff).

When the hearing results were compared with quality of life questionnaire responses, scores related to vitality and companionship declined significantly as hearing deteriorated. The results from cognitive testing were similar – as hearing declined, so did the dog’s ability to perform tasks.

“Hearing loss is one of the biggest predictors of dementia in people,” said Olby. “Hearing loss also contributes to falls in elderly people, as sensory decline contributes to a loss in motor skills. So the connection between physical and neurological decline is clear for humans.”

These findings suggest that the same connection happens with aging dogs. Understanding these changes in elderly dogs enhances the ability to identify and treat these issues in pets, but also improves the understanding of the same issues among humans.

The study appears in the Journal of Veterinary Internal Medicine.