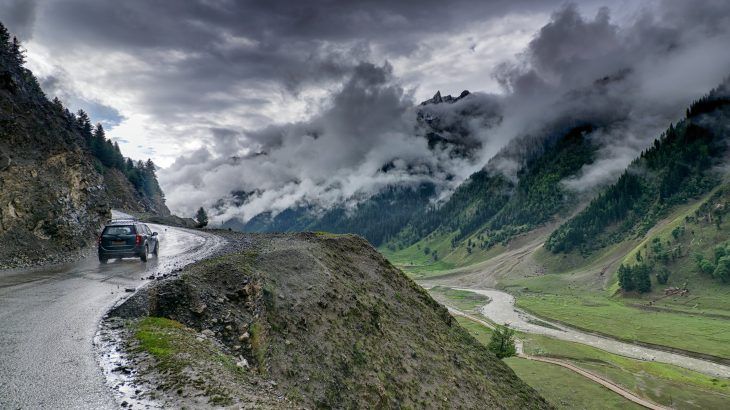 Higher rainfall patterns in tropical areas are accelerating the rate of soil respiration and intensifying global warming, according to a new study.

For the investigation, the researchers analyzed sediments collected from the Ganges-Brahmaputra Delta in Bangladesh.

“We found that shifts toward a warmer and wetter climate in the drainage basin of the Ganges and Brahmaputra rivers over the last 18,000 years enhanced rates of soil respiration and decreased stocks of soil carbon,” said Dr. Hein.

“This has direct implications for Earth’s future, as climate change is likely to increase rainfall in tropical regions, further accelerating respiration of soil carbon, and adding even more CO2 to the atmosphere than that directly added by humans.”

Soil respiration is a measure of the carbon dioxide that is released from the soil as microbes decompose and metabolize organic materials in the ground. Plant roots contribute to soil respiration at night as they burn some of the carbohydrates that were produced during the day.

The current study was focused on three sediment cores collected from the Ganges-Brahmaputra Delta, the world’s largest river delta that contains sediments eroded from the Himalayas.

The Ganges and Brahmaputra rivers carry more than a billion tons of sediment to the Bay of Bengal each year, and the environmental history of the last 18,000 years was recorded in the cores examined for the study.

Radiocarbon dating allowed the researchers to identify a link between precipitation levels and soil age. The wetter epochs were associated with younger and rapidly respiring soils, while drier epochs were linked to older soils capable of storing carbon for longer periods.

The study revealed that in the 2,600 years following the end of the last Ice Age, as India’s summer monsoon strengthened, the rate of soil respiration nearly doubled.

“We found that a small increase in precipitation values corresponds to a much larger decrease in soil age,” said Dr. Hein. He explained that “small changes in the amount of carbon stored in soils can moreover play an outsized role in modulating atmospheric CO2 concentrations and, therefore, global climate, as soils are a primary global reservoir of this element.”

Previous studies have highlighted the threat of soil respiration in permafrost reserves across the Arctic. The widespread thawing of permafrost in this region releases up to 0.6 billion tons of carbon to the atmosphere each year.

“We’ve now found a similar climate feedback in the tropics, and are concerned that enhanced soil respiration due to greater precipitation – itself a response to climate change – will further increase concentrations of CO2 in our atmosphere,” said Dr. Hein.