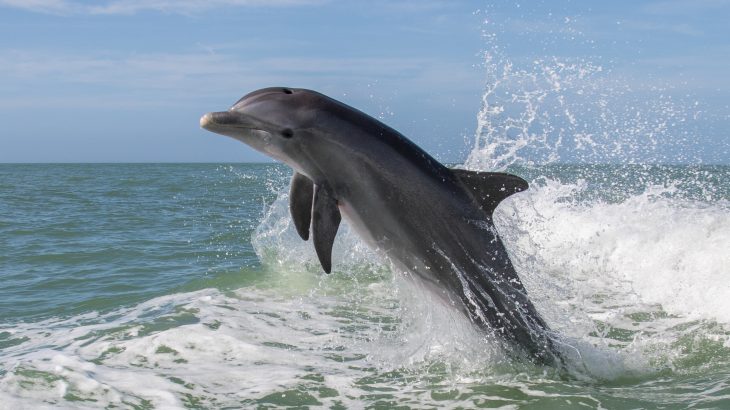 A team of scientists led by Florida Atlantic University has found high levels of toxic pollutants in marine animals along the southeastern coast of the United States.

The researchers analyzed blubber and liver samples collected from 83 dolphins and whales that were stranded on the shores of North Carolina and Florida between 2012 and 2018. They tested for 17 different substances in the animals.

The study is the first to explore concentrations of several specific contaminants, including an herbicide called atrazine and a substance found in many consumer products called triclosan.

Identifying toxins in aquatic mammals is a critical step in tracing chemical contaminants within the marine food web. This gives scientists the opportunity to study the health effects and consequences of various pollutants.

The study revealed that concentrations of the elements and toxins varied according to demographic factors including species, sex, age, and location.

For example, in adult female bottlenose dolphins, average arsenic concentrations were higher than in adult males, who were found to have higher levels of iron. In addition, adult dolphins had greater concentrations of lead, mercury, and selenium compared to juveniles.

The location of the animals also influenced the contamination in their systems. Dolphins that washed up in Florida had significantly higher concentrations of lead, mercury, and selenium, and lower concentrations of iron than dolphins found in North Carolina.

Furthermore, pygmy sperm whales had higher arsenic concentrations than bottlenose dolphins. The experts said that one explanation for high arsenic concentrations in tissues of animals that strand in Florida may be effluent from natural phosphate mineral deposits in the area that contain high levels of arsenic.

Single-use plastics, polluted runoff, and industrial chemicals in waterways all contribute to the toxins present in the marine environment.

“We must do our part to reduce the amount of toxicants that enter into our marine environment, which have important health and environmental implications not just for marine life but for humans,” said Dr. Page-Karjian. “These chemicals work their way up through the food chain and get more concentrated the higher up they go. When dolphins and whales eat fish with concentrations of the chemicals, the toxic elements enter their bodies. Dolphins eat a variety of fish and shrimp in these marine environments and so do humans.”